Yuvraj Singh Bids Farewell to International Cricket; 6 Sixes in an Over to Battle Against Cancer 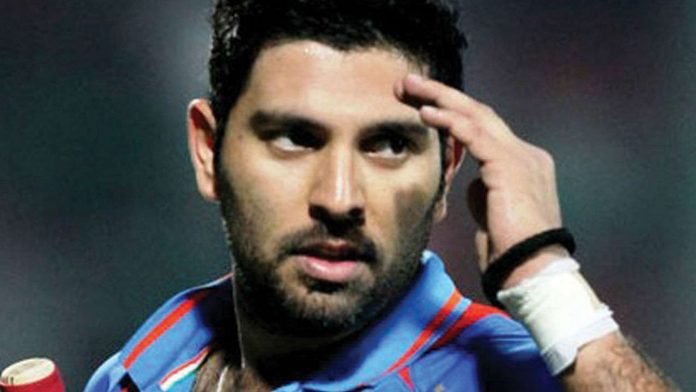 Yuvraj Singh, the name which crosses your mind when talking about the ultimate champions of the 2011 World Cup. The veteran player while addressing a press conference in Mumbai on Monday, 10th June broke out the news of his retirement to the cricket fan fraternity.

The 37-year-old player, whilst addressing the conference mentioned, "It's was a great rollercoaster ride and beautiful story, but it has to come to an end. It was the right time to go."

It is said that cricket was not Yuvraj Singh’s cup of tea when he started, but with time the player got known for his hard-hitting 6 sixes in a single over. He went on to become a crucial part in India’s two biggest victories, 2007 World T20 and the 2011 World Cup. With the player bidding a final adieu to the game, it’s time we take a look back at his journey over the years.

Yuvi, as he is profusely known, was a big-time fan of tennis and roller skating. He was so good at roller-skating that he won National U-14 Roller Skating Championship. But his father wanted him to become a cricketer and thus, approached legendary player, Navjot Singh Siddhu to train him. However, when Yivi got bowled at a full-toss during the training, Sidhu lost all the hopes.

With time and the will of Yuvraj’s father to make him a great cricketer, the player took interest and was selected in the U-13 team and then there was no looking back for him. Yuvraj made his International debut against Kenya in the year 2000 and today about 2 decades later; the player puts the curtain down on his international career.

Yuvraj Singh amidst his international career span of around 19 years has featured in 40 Tests, 304 ODIs and 58 T20Is. Talking about the retirement the player got all emotional and roped in quite a few words to explain the storm inside him.

"I would say I am extremely lucky to play 400-plus games for India. I would've not imagined doing this when I started my career as a cricket. Through this journey, some matches that remain in my memory are – the 2002 NatWest series final, my first Test hundred in Lahore in 2004, the 2007 Test series in England, of course, the six sixes and the 2007 T20 World Cup. And then the most memorable one was the 2011 World Cup finals."

"And then, probably the worst day in my career was the 2014 World T20 final against Sri Lanka where I scored 11 off 21 balls. It was so shattering that I felt my career was over,” he further quoted.

Talking about the career front, the Prince of Indian Cricket was last seen playing an ODI for Indian in away series in West Indies, after that the player was not seen in any international match. He was named in the IPL squad from last two years.

All we can say is that growing up in a cricket-loving environment we have seen the rise of Yuvraj Singh, the downfall, the battle with cancer and the roaring comeback. We Will Miss You Yuvi!

Stay tuned with MyTeam11 to catch up with the latest sports stuff and happenings.