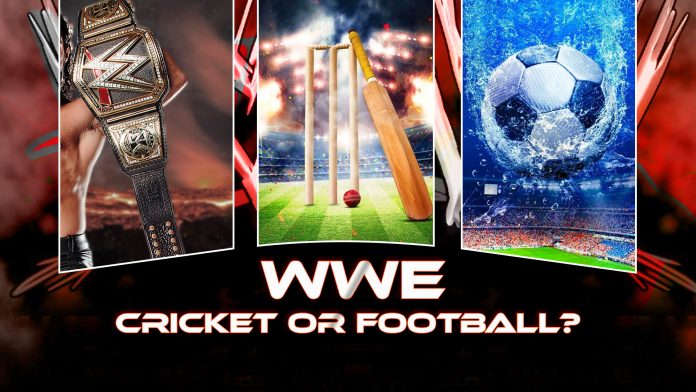 Sports has become a billion-dollar industry and are played all over the World. With different leagues and tournaments running in various parts of the World, new player gets into the headlines for their performances on a daily basis. But, Sports is not only the one that is played on a professional level; some people indulge in it to fulfill their hobbies and keep them fit.

Most of these sports are included in the Olympic Games, where players from different countries all around the world compete against each other to bring glory to their nation. There are various examples for the same like Abhishek Gogoi, Shallu and many more have bagged the gold at Olympics in particular categories.

In the present time, various games have grown in popularity that have a huge fan following across the world. Cricket, WWE, and Football are three of them. International bodies govern the rules and regulations of these games.

The Indian Football team is currently playing the qualifiers of FIFA World Cup 2022, and the wishes of 125 million are with them. This beautiful game attracts the attention of millions of viewers across the globe, but in India, football is still to get that status.

“Please come and support us, encourage us, watch us, abuse us, criticize us. Football in India needs you.” This appeal made by Indian footballer Sunil Chhetri spread across various social media platforms.

However, with the introduction of Indian Super league, the status of Indian football industry has improved a lot. The 2016th season was watched over 216 million viewers on television. The current scenario proclaims Football to be the third most popular sport to be viewed in India.

Cricket is played around the World and is the most popular sport in India for decades. The intensity, excitement of Indian crowd for this sport cannot be expressed in words. There have been numerous cricketers such as MS Dhoni, Rahul Dravid, Sachin Tendulkar, Anil Kumble, Sourav Ganguly who caught the imagination of the broader audience in India.

With the emergence of various cricket leagues like Indian Premier League(IPL), Caribbean Premier League (CPL), etc., cricket viewership has seen drastic rise in the viewership. According to report issued by BARC in June 2019, cricket draws 93% of sports viewers in India.

However, cricket fame and reputation is mainly due to the shorter formats of the game like T20Is and ODIs.

The Undertaker, Roman Reigns, Brock Lesnar, etc. are some of the iconic WWE wrestlers whose names are there in the minds of almost every people especially the Indians. People still remember the entry of Triple H when he sprays water out of his mouth while entering the ring.

To be more precise, in 2018 wrestling broke viewership records and surpassed cricket to become the most-watched “sport” on Indian television.

Despite all these points, football and WWE are still under the shadow of cricket. If we ask any Indian to pick any one of these sport, then more than 80 percent will prefer cricket. The reason behind this simple, in India people consider cricket more than a game; their emotions and feelings are attached to it. The most important reason for the downfall of football and WWE in India is mainly due to the lack of following and interest by the public and more importantly, the youth.

In your surroundings, you will see children growing up with bat and ball in their hand, and if the same has to be analyzed for other sports, then very few are there in the line. Though football and WWE are still struggling to make an impact, in last three to four years, these two sports have also witnessed a tremendous rise.

So, to all the sports fans across the country, now it’s your turn to choose and tell among WWE, cricket and Football, which sports you like the most? – I have hinted mine.