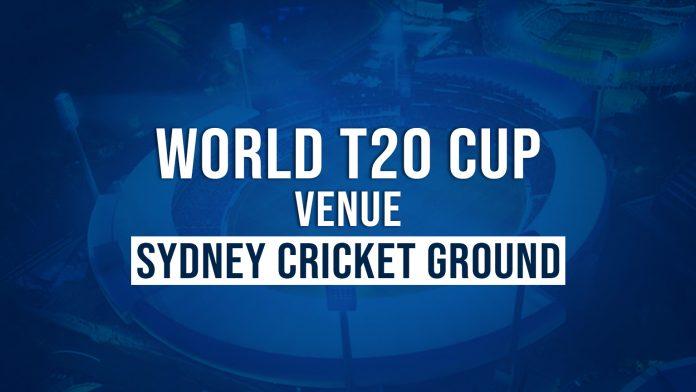 One of the most historic sporting venues in the world, the 48,000-seater Sydney Cricket Ground (SCG) is located in south-eastern fringe of Sydney and is one of the World T20 Cup venues. Built in 1848, it is the oldest cricket ground in Australia and 4th oldest in the world after Lord’s, Trent Bridge and the Oval. A multi-purpose ground, SCG is used for cricket, Australian rules football, association football and sometimes for rugby league as well. The ground is home to Sixes franchise in Australian T20 League and the domestic New South Wales team.

Established as the second Sydney Common by Lachlan Macquarie in 1811, the ground was used for sports for the first time in 1851 by the 11th North Devonshire Regiment of the British Army in Australia. In 1875, the New South Wales Cricket Association (NSWCA) began to modify the ground for more frequent use.

The first test match at the SCG was played between Australia and England from 17-21 February 1882 where the Aussies defeated the English by 5 wickets. The ground also witnessed the highest first class score of the great Sir Don Bradman when he scored 452 for NSW against Queensland. The SCG is the traditional venue for every final match of the historic Ashes Series and every New Year Test match (now known as the Pink Test).

Australia faced arch-rivals England in the first-ever T20 match held at the SCG on 9 January 2007. SCG has regularly hosted international T20 matches as well as crucial knock-out matches of Australian T20 League. Typically a good batting surface, it is one of the most favourable grounds for spinners in Australia and has produced nail-biting matches over the years.

The T20I match between Australia and New Zealand on February 15, 2009 still remains one of the most exciting T20I matches ever played. The Australian skipper B. Haddin won the toss and elected to bat first. Aussies posted a total of 150 in 20 overs which seemed like a low total on a belter of a pitch. The Kiwis fell short by 1-run despite the heroics from B. McCullum, who scored 71 off just 47 deliveries. Australian seamer N. Bracken (0/16) was named as Man of the Match and became first bowler to win the award without taking a single wicket.

**TBC is To be Confirmed

As the group stage of the World T20 Cup is gearing towards its climax, SCG is all set to host the next stage of the tournament. So create your fantasy teams now on MyTeam11 for this World T20 Cup and stand a chance to win exciting cash prizes. MyTeam11 also offers fantasy contests in football, kabaddi and basketball. You can also play card games like Rummy and Poker to grab big winnings. So what are you waiting for? Start Playing, Start Winning!