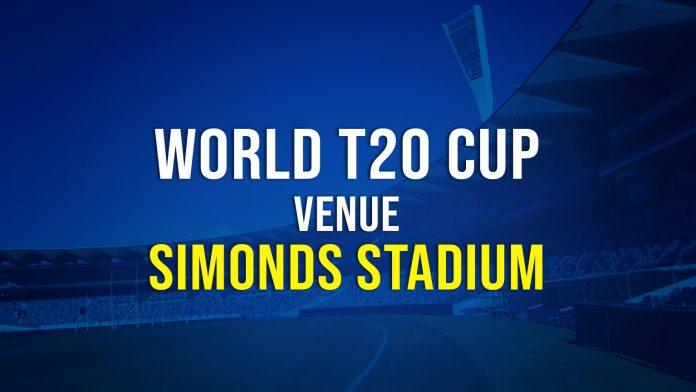 The 2022 World T20 Cup is on the horizon and the teams have started playing their practice/warm-up matches. Australia is hosting this T20I carnival and the fans are delighted as Australia has some of the most beautiful cricket grounds in the world. So, today, we’ll take a look at the famous World T20 Cup Venue: Simonds Stadium in Victoria.

The Simonds Stadium, formerly known as Kardinia Oval; Shell Stadium is the largest-capacity Australian stadium in a regional city. The stadium is owned and operated by the Kardinia Park Stadium Trust and has a seating capacity of 36,000 spectators.

History Of The Simonds Stadium

The Simonds Stadium has been a home ground for football matches in Australia. Kardinia Park was the secondary football venue in the city of Geelong until the 1940s. Until 1925, district football was played regularly on the ground.

Since its inception, the Simonds Stadium has been home to various sports except for cricket. The field size of this venue is 170m long and 115m wide. In modern times, from 2003 to 2023, the stadium has undergone redevelopment of a whopping $319 million.

The cricket history on this ground is very brief because the first match didn’t occur until 2017. In 2016, the Kardinia Park Stadium Trust announced that international cricket would be played on the ground for the first time. Eventually, the next year, the first match between Australia and Sri Lanka took place.

The Simonds Stadium was elected to host a few matches of the World T20 Cup in 2020; however, due to COVID-19 complications, the tournament was held in U.A.E.

T20I Cricket Stats At The Stadium

The Simonds Stadium has hosted a total of 3 T20I matches in its history. The first match happened in 2017 between Australia and Sri Lanka. Eventually, the Lankan Lions won the match comprehensively by 2 wickets.

After this match, the ground didn’t host a single cricket match until July 2022. Earlier this year, Sri Lanka and Namibia went head to head in which Namibia emerged victorious.

The final match happened on the same day between Netherlands and U.A.E. which the Dutch team won by 3 wickets.

Iconic Records At The Simonds Stadium

Sri Lankan players have performed brilliantly at the Simonds Stadium. D. Gunaratne has the record for the most runs in this stadium – 84 runs. This is also the highest individual score by a player in this venue.

Kulasekara holds the record for most wickets. During the inaugural T20I match between Australia and Sri Lanka, Kulasekara picked 4 wickets, which is still a record in this stadium.

The World T20 Cup has begun and the fans are eagerly waiting for the practise matches to get over. Stay tuned on MyTeam11 to get more information about all the Australian venues where these matches will take place. You can also play Fantasy Cricket on the MyTeam11 application and win big while playing in the 2022 World T20 Cup! Keep playing, keep winning!