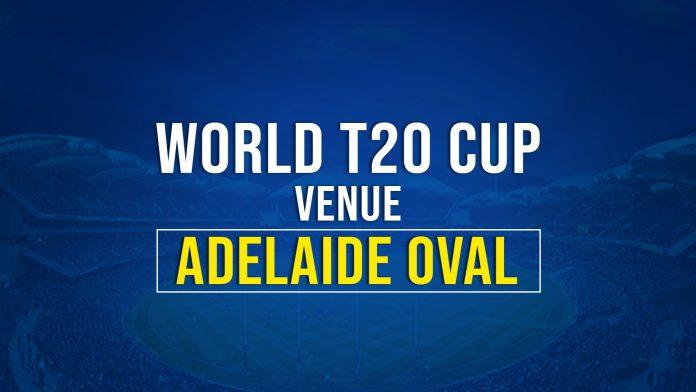 The Adelaide Oval stadium is one of the most important stadiums in the history of Cricket. The stadium has been a staple of Test matches throughout its history and still hosts some of the important matches of the game. The Adelaide Stadium will host some matches in the 2022 World T20 Cup. So, today, we’ll see World T20 Cup Venue: Adelaide Oval.

The stadium has been around for over a century and many cricket pundits have graced this venue as one of the most important stadiums. The Adelaide Stadium seats 53,500 people and has a field size of 167m long and 124m wide.

History Of The Adelaide Oval Stadium

The stadium has a rich cricket history. Several legendary players graced the venue with their presence throughout its existence. It was built in 1871 after the formation of the South Australian Cricket Association.

It took another two years for this ground to open because of some bitter controversy regarding boundaries and money. Eventually, in 1873 the first-ever cricket match was played at this venue between  Australian-born players and players born overseas. However, in its early years, the pitches of Adelaide Oval were not suitable for decent cricket matches.

Sir D. Bradman played many matches at this venue and broke all kinds of records at that time. In 1991, Sir D. Bradman was built to honour his legacy as a player of this magnificent sport.

Throughout its history, the Adelaide Oval stadium has gone through various major changes in its infrastructure. The stadium witnessed a huge upgrade in 2012 with the construction of the Eastern Stand increased capacity after including 19,000 seats, extending the stadium’s capacity to 50,083 for the 2014 AFL season.

The Adelaide Oval stadium hosted a total of 8 T20I matches. The first-ever T20I match took place in 2011 between the arch-rivals Australia and England. The English Lions beat Australia during the inaugural match by one wicket.

The most recent match took place on October 2019 between Australia and Sri Lanka. In the match, the Kangaroos scored a massive total of 233 runs and eventually won the match by 134 runs.

Iconic Records At The Adelaide Oval

In 1878, the first-ever cricket century at the venue was scored by Jonah Hill, 102* runs during a friendly game between North Adelaide and Kent Club.

The Adelaide Oval stadium has witnessed some of the legendary moments of this beautiful game. There are various iconic records on this ground which made this stadium a pilgrimage in cricket.

West Indies legend, B.Lara has the record for most runs scored in Test Cricket by a non-Australian player – 610 runs.

Australia holds several records on this ground. However, nothing beats the record highest innings score in a test match when Australia faced India and put on a massive score of 674/10 in January 1948.

The Adelaide Oval Stadium will host a total 7 seven matches during the 2022 World T20 Cup and Australia will have only 1 match before the knockouts. The Australian team is scheduled to face Afghanistan in the 38th match of the tournament.

The stadium will also host the 2nd semi-final of the World T20 Cup. Given the Australian team’s record on this ground, it is very unlikely that the Kangaroos will face defeat on this venue.

The fans are already enjoying the T20 fiesta of the 2022 World T20 Cup. Stay tuned to MyTeam11 to know about these amazing stats of the World T20 Cup and the historical importance of such cricket venues. Furthermore, you can create your Fantasy teams on the MyTeam11 application and win big! Keep playing, keep winning!