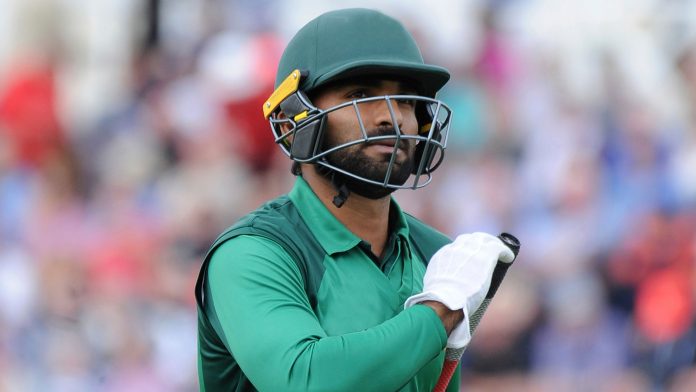 With only 10 days left for the World Cup 2019, Pakistani batsman Asif Ali returns back to his nation following the death of his 2-year-old daughter who was being treated for cancer in the United States. He played the last game of the 5 match series against England at Headingly.

Before leaving for England, on 22nd April, Asif tweeted that his daughter was suffering from stage IV cancer and was being taken to the United States by his family in order to get good treatment. But at the end, that was also not enough to save the baby girl.

As soon as the media manager of the Pakistan team broke this news, the cricket fraternity started to spill condolence for the death of the innocent baby girl.

Pakistan Superleague team Islamabad United issued a statement following the incidence and said "ISLU family pays its deepest condolences to Asif Ali on the tragic loss of his daughter. Our thoughts and prayers go out to Asif & his family. Asif is a great example of strength & courage. He is an inspiration to us."

Pakistan leg spinner, Shadab Khan expressed his sorrow through twitter. He tweeted “May Allah grant courage to his mate, Asif Ali family and the departed soul may rest in peace”.

Shah Mahmood Qureshi, Pakistan foreign minister, also expressed his grief and tweeted “I know the pain of losing the loved once. May Allah give strength to cricketer and his family to cope up with this difficult time.”