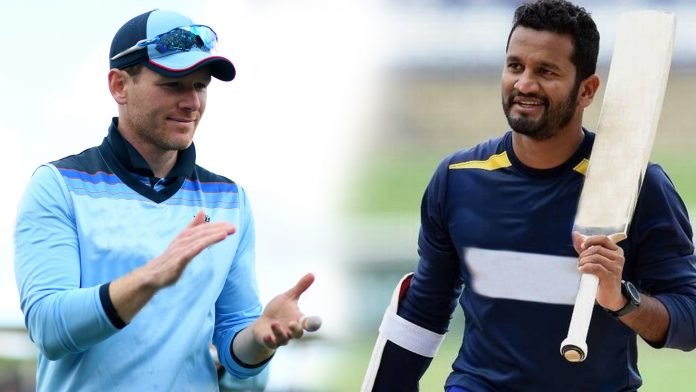 Now the battle is between, one of the most dangerous side of the tournament, England who has dominated till now and the side that failed to fulfill the expectations. But for both the teams it will be a crucial match as a win for England will ensure their place in semifinals and success for Sri Lanka will keep them in the race in the tournament.

This will be the first match of this tournament at this venue. Like most of the England grounds, this track also has a good advantage for batsmen. Once the batsmen get settled, scoring will become easy. With the wind going around, bowlers will get some swing and movement.

The weather forecast for this match is not good. Like previous games, the vast possibility of rain interruption is in prediction. The temperature will be nearly about 15 °C and humidity will also be somewhat about 62%.

The captain winning the toss may opt to bowl first after looking at the previous One-Day Internationals‘ stats. The team batting second has emerged victorious more time.

The England team is placed at the second spot in the points table with four victories in 5 matches the team has played till now. To start their campaign, England outplayed mighty South Africa. However, in their second match, the team faced a close defeat against Pakistan. But, after that defeat, Eoin Morgan led side bounced back strongly and won three games consecutively. The Englishmen back to back defeated Bangladesh, West Indies, and Afghanistan.

Jason Roy has still not recovered from his hamstring injury so, James Vince will continue to open for the side along with Jonny Bairstow. Although Liam Plunkett has recovered from illness, Eoin Morgan will not like to do any alterations in the playing XI that played against Afghanistan.

Till now, the World Cup 2019 had been a fairy tale for the Lankan lions. Dimuth Karunaratne led Sri Lanka, has only emerged victorious in one game and lost two matches yet. Out of five games the team has played till now, two have been abandoned due to rain. So to keep them alive in the competition, Sri Lanka now has to win almost every game.

No injury concerns are revolving around the Sri Lankan squad. The team management is expected to include one extra pacer following their performance against Australia. Suranga Lakmal might replace Thisara Perera who has not played according to the expectation.

Although Sri Lankan team has underperformed in this tournament, their players still have the potential to shift the momentum and change the team’s fortunes. Let’s see what happens. Can Sri Lanka fight out spirited England or the Englishmen will carry forward their winning streak?