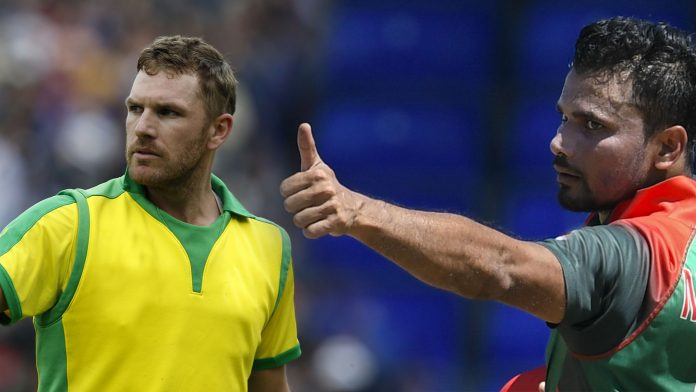 It is a battle between the most dominant side in One-Day Internationals and the team which is trying to make an impact in international cricket. Although for the fans, this might not be (an) exciting clash both the teams will be taking this match seriously. With a win both the sides will inch one step closer to semi-finals.

In the previous matches played at this venue, the batsmen didn’t look in any problem. In this match also, the track is expected to be flat and full of runs. The boundaries of the ground are also quite small and can be cleared quite easily. Bowlers will merely get any advantage from the pitch.

Reports are coming from Nottingham that cloud covering will be about 35% with possibilities of rain in patches amid the match. It will be a cold day at Nottingham with a temperature of nearly about 17 °C. The humidity will be on the higher side, around 80 percent. Overall, the weather condition for this match is expected to be quite good.

The team winning the toss will look to put runs on the board and defend it because the conditions at Nottingham is expected to be same for the whole match. So, teams will be happy to reach a good score and put pressure on the opposition.

Five times Champions, Australia is currently placed at the second spot in the points table with four wins in their five appearances in the World Cup till now. The Aussies have comprehensively defeated Afghanistan, West Indies, Pakistan, and Sri Lanka. But, against India, the defending champions tasted their own medicine.

Australian head coach Justin Langer confirmed that all-rounder Marcus Stoinis has recovered from the side strain he suffered earlier in the competition and returned to full fitness. So, he is expected to play in this match in place of Shaun Marsh.

Apart from this, no changes are expected in the playing XI.

Bangladesh team is placed perfectly at the center of the points table with two wins and two defeats in five games the team has played yet. Bangladesh started their World Cup 2019 campaign with the power-packed performance against the Proteas. Although the team lost momentum in next three matches but bounced back strongly against West Indies after successfully chasing the target excess of 300.

No injury concerns are revolving over Bangladeshi team. The team is expected to play with the same combination that took the field against West Indies.

Bangladesh has never defeated Australia in the World Cup tournament before. But this year Bangladesh team has already showcased some thumping performances, and it will not be a surprise if they bring out performances like those against Australia. Let’s see what happens.

Share
Facebook
Twitter
Previous articleThe Leader, the Successor: A look back at India’s Most Capable Captains
Next articleWilliamson‘s sensational century guides the Kiwis to a 4 wicket victory