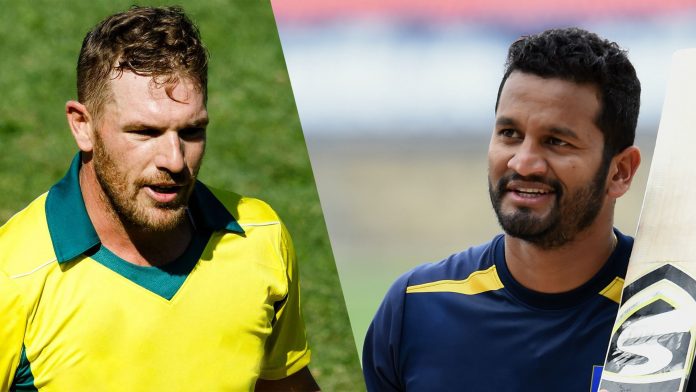 Defending Champions Australia has already registered three victories in the four matches the team has played till now. In their first match of the tournament, the Aussies defeated Afghanistan followed by a close win against Windies in the second game. However, against India in their third league stage match, the Australian giants had to face a 36 runs defeat. But, they are five times champions for a reason. They bounced back in their next game and registered a comprehensive win over Pakistan.

While Sri Lanka, on the other hand, will be praying to get on the field as their previous two matches have been washed out. With only one victory in account out of four games, the Lankan lions are at the fifth place in the points table.

Although the oval ground has witnessed 300 plus scores multiple times, it cannot be considered as a pure batsman pitch. The pitch has something for the bowlers too.

In the previous matches played at this venue, the teams successfully defended the total. So, this time also, the team winning the toss is expected to put runs on the board and defend it.

The weather has been a major concern in this World Cup. Already three matches have been washed out. On Saturday also, there is a possibility of rain during the game with the clouds covering 52% of the sky. The temperature will linger around 20 °C and the humidity will be in the mid-60s.

The last two matches of Sri Lanka have been washed out. The hero of the second match, Nuwan Pradeep, who was ruled out for the match against Bangladesh due to injury concerns, is expected to join the team in this game. Other than him, veteran pacer, Lasith Malinga, who went back home for his mother-in-law’s funeral, is also likely to join this match.

Although Australia bagged victory in the last match, Marcus Stoinis, who was ruled out of the team due to injury, is expected to get a place in the playing XI. His inclusion in the team will close the gates for Shaun Marsh in the team. Other than this, the Australian team may feel no need to do any changes in the squad.

Both the teams have faced each other ten times, out of which the kangaroos have emerged victorious on seven occasions while Sri Lanka has beaten Australia twice.

Let’s see what happens this time when these two teams face each other at the Oval, London.

Till then, follow Myteam11 for more updates about upcoming fixtures and the latest Sports stuff.