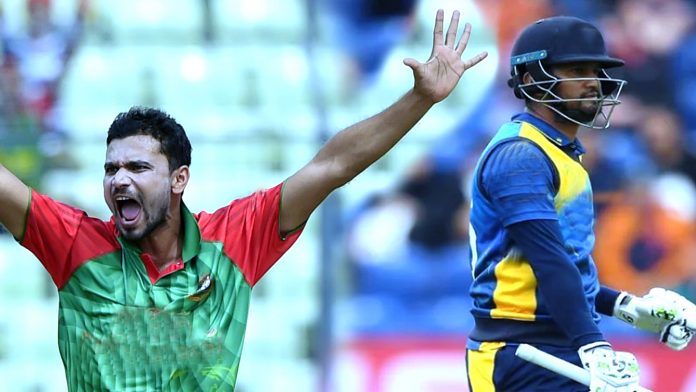 After a brilliant start in the World Cup 2019, Bangladeshi team has lost the momentum. The team has consecutively lost two matches against New Zealand and England. The team is placed at 8th spot in the points table with only a single victory in three games they have played.

On the other side, Sri Lanka’s last match against Pakistan was called off due to rain. In the points table, the team is placed at the center, i.e., at the 5th spot with one win in three matches the team has played.

Runs are expected to flow once again at Bristol. The track doesn't offer much seam movement. But, spinners can be a troublesome factor for the batsman.

Previously, teams winning the toss have preferred to field first at this venue. Generally, teams batting first have struggled here suggesting that the pitch is suitable for bowlers with the new ball.

Even after a defeat in the last match, the team might not do any alterations in the playing XI. All-rounder Shakib Al Hasan has played exceptionally well in all three games for the team. Other than him, Mushfiqur Rahim looked in great touch. No injury concerns are revolving around the side.

Talking about Sri Lanka, then, Nuwan Pradeep who has suffered a dislocation and cut on a right finger will miss the match. Jeffrey Vandersay might replace him. Other than this, no changes are expected.

Bangladesh has never defeated Sri Lanka in the World Cup matches yet. Will the Bangladeshi Tigers pull out something special this time or will the Lankan lions once again emerge victorious? Let’s see what happens.

Share
Facebook
Twitter
Previous articleIndia stuns Australian team at London after 36 runs victory
Next articleYuvraj Singh Bids Farewell to International Cricket; 6 Sixes in an Over to Battle Against Cancer