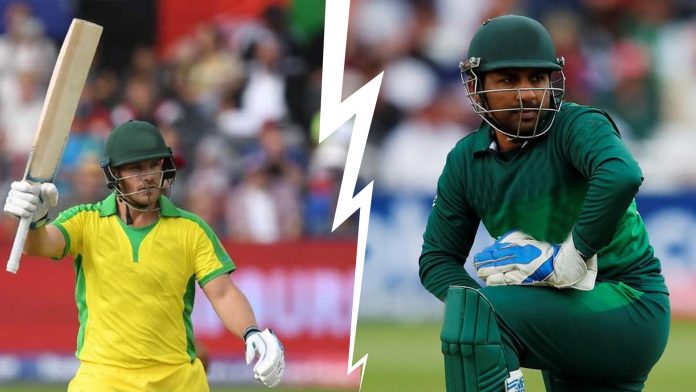 The most successful team in the World Cup history has started their World Cup 2019 campaign in style after defeating Afghanistan and West Indies in their first two matches. However, they fell short by 36 runs against India that resulted in their first defeat of the tournament.

On the other side, the 1992 World Cup winners, Pakistan’s start in the on-going World Cup 2019 tournament has been a nightmare. Playing against West Indies in the first team, the whole Pakistani team collapsed to 105 runs. But, in the second match against England, Pakistan team bounced back and won the game by 14 runs. Their third match against Sri Lanka was abandoned due to rain.

In the previous match played at this venue, pace bowlers got some help. Total 13 wickets fell in that match and all of them were picked by pace bowlers. This time also, the pitch is expected to offer great movement and bounce to pace bowlers. But, a high score is also in the cards as a 300 plus total has been achieved twice on this ground in four matches.

The pitch will offer more advantage in the initial overs of the match. So, no doubt the team winning the toss will opt to bowl first.

According to reports, moderate rain is expected. It will be a cooler day in Taunton as the temperature will be lingering around 10 °Celsius with a sky full of clouds. However, the humidity will be on a higher side, i.e. above 90s.

After the loss in the previous match against India, Australian team might replace Adam Zampa with Nathan Lyon. Other than this, no changes are expected. Once again, the batting line up will greatly depend on Steve Smith and David Warner.

Talking about the team combination of Pakistan, no alterations are expected in the playing XI. The team will be eyeing to repeat the same performance they showcased against England.

Previously, these two teams have played nine times against each other in the World Cup. In this nine meetings, Australia won five times while Pakistan emerged victorious four times.

Both the teams have witnessed some memorable matches in the past. Recently, in the One-Day internationals bilateral series held at Pakistan, the Aussies whitewashed the Pakistani side. So, this will be an exciting battle to watch out for. Let’s see what happens whether the Australian team will win the third match of the tournament or Pakistan will stun Australia.

Till then, follow MyTeam11 for more updates about the upcoming fixtures and latest happenings in the Sports World.