World Cup Flashback: A look back at the Double Centuries of the ICC cricket World Cup 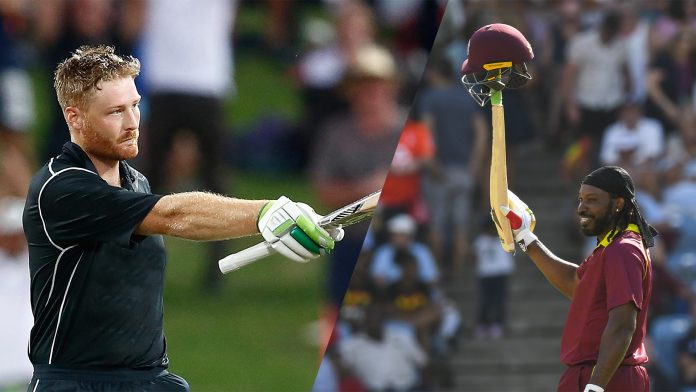 Playing against Zimbabwe in Canberra, the big Caribbean opener played an intimidating knock of 215 runs. Besides this, after his astonishing knock, he became the first foreign player to get a double century in One-Day Internationals. In his masterclass innings, he reached the feat of hitting the highest number of sixes (16) by a batsman in a single World Cup innings.

Soon within a month, New Zealand opener, Martin Guptill joined him and became the second double centurion of the World Cup history. He has always been an indispensable part of the New Zealand team since he made debut in international cricket. Ironically, he reached the milestone against West Indies in the quarter final held at Wellington.

He played an unbeaten knock of 237 runs in 163 balls, which is still the highest individual score of World Cup history. Out of 237 runs, he scored 162 runs in boundaries that included 11 sixes and 24 fours, which is the highest number of the World cup history. 11 sixes hit by him is the second highest number of sixes hit by any batsmen in a World Cup match after Chris Gayle.

World Cup 2019 is about to commence with only a week left and this time England will be the host country. In the recently concluded bilateral series held in England between England and Pakistan, both the teams knocked off some big scores. In this series, England took over Sri Lanka’s record after scoring the second highest one-day total (444/3). Bowlers merely got any advantage from the tracks. The first highest total (481/6) also belongs to England cricket team which they got against Australia this year only.

Follow MyTeam11 for more updates and information about the latest happenings in the sports World.