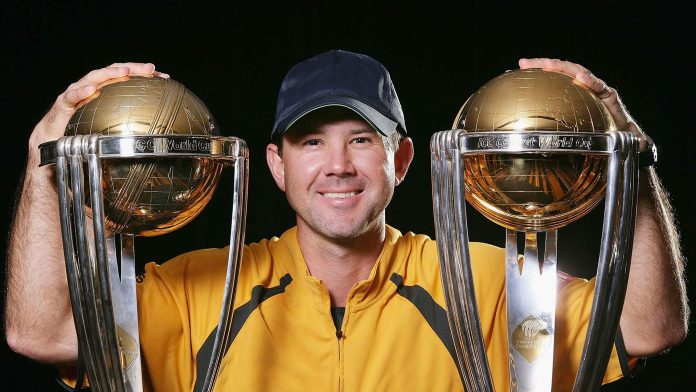 The seventh edition of the ICC Cricket World Cup returned to England. But this time Scotland, Ireland, Wales and Netherlands were also the hosts. Total 12 teams were a part of the tournament including the two debutant countries Scotland and Bangladesh. The teams were divided into two groups.

For the first time ever in the World Cup history, the best three teams from both the groups qualified for the Super Six stage. South Africa, India, Zimbabwe, Pakistan, Australia, and New Zealand were the top six teams to enter the super six. After the super six battle Pakistan, South Africa, Australia, and New Zealand qualified for the semi-finals

The first semi-final took place between New Zealand and Pakistan. Pakistan won the game by nine wickets to place themselves in the finals.

Australia took on South Africa in the second semi-final which ended in a draw. But, Australia became the second finalist of the season because their performance in Super Six was better than South Africa.

In the finals, the Australian bowlers racked up the whole Pakistan team at 132 runs, thanks to Shane Warne’s bowling figures of 4/33. Also, the Aussies chased the target quite easily in the 21st over of the innings to become the second team in the history to lift the World Cup trophy.

For the first time, the ICC Cricket World Cup took place in the African continent. It was co-hosted by South Africa, Zimbabwe, and Kenya. This time 14 teams were a part of this mega tournament with Canada making a comeback and Namibia entering for the first time. Like the previous years, these teams were divided into two groups.

From Group A, India, Australia and Zimbabwe while Sri Lanka, Kenya and New Zealand from Group B were the top three teams. These were the six teams that played the Super six stage matches. After the super six stages, Kenya made an astonishing entry to the semi-finals. Australia, India and Sri Lanka were the other three semi-finalists.

Australia and Sri Lanka played against each other in the first semi-final of the 2003 World Cup. Australia emerged victorious in the game by 48 runs.

In the second semi-final, India took on Kenya. On the day, Indian team’s performance was better than Kenya as the result of which Kenya lost the match by 91 runs, ending their dream tournament.

In the big finale, Defending Champions Australia completely outplayed India by 125 runs to retain the title with them, thus, becoming the first team in the history to achieve three World Cup title.

The ninth edition of the ICC Cricket World Cup was hosted by West Indies. Bermuda and Ireland teams made their World Cup debut this year. Including these two teams, the number of units increased from 14 to 16 this year. But, ICC bought a significant change this year as instead of dividing sides into two groups, the teams were distributed equally in four groups.

After the battle between the Super eight teams, Sri Lanka, New Zealand, Australia, and South Africa were the top four teams who made it to the semi-finals.

Sri Lanka defeated New Zealand by 81 runs in the first semi-final of the tournament played at Sabina Park, Kingston.

South Africa once again choked at the big stage after ending their 2007 World Cup season in the second semi-final against Australia.

Like the 1996 World Cup, this season also Australia and Sri Lanka played against each other. Australia has won every World cup final except the 1996 final against Sri Lanka. But, Australia took the 1996 revenge back this time after thrashing Sri Lanka by 53 runs, thanks to the brilliant innings of 149 runs by wicketkeeper-batsman, Adam Gilchrist.

After this triumph, Australia created a record of lifting three World Cup trophies for consecutive three seasons. The Australian team has won five World Cup till now, the legacy which is believed to last for a long time.

Follow MyTeam11 for more updates and information about the past records and latest World Cup news.

Share
Facebook
Twitter
Previous articleCricket World Cup: A lookback at the first five hat-tricks in the ICC World Cup.
Next articleFour players who failed to lift the World Cup Trophy