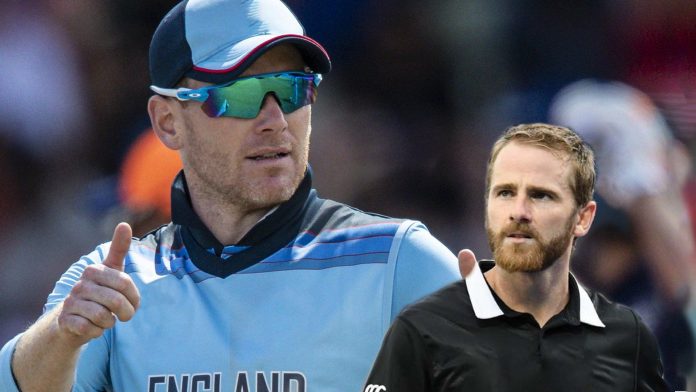 It is an interesting fact that the nation which started cricket and hosted most World Cups haven’t lifted the trophy yet. But this time the dream may come true for the Englishmen. England, who entered the tournament with favorites tag lost the momentum in the mid, but in the crucial matches, the team delivered some promising performances following which they made into the World Cup finals after 1992. In the semi-finals, Eoin Morgan led side ended Australia’s dream to retain the trophy after a comprehensive victory by eight wickets at Edgbaston.

England’s World Cup campaign initiated with a comprehensive victory over the Proteas by 104 runs. However, the team lost its next match against Pakistan by a close margin, but that didn’t let the team’s confidence go down as they had won their next two games against West Indies and Afghanistan. Due to the absence of Jason Roy, the team struggled against Sri Lanka and Australia, and at this stage, it looked that once again England will be knocked out before the semis.

But, in their second last match against India, Eoin Morgan and his troops showcased some outstanding performances to keep their hopes alive in the tournament, courtesy to brilliant opening stand between Jason Roy and Jonny Bairstow. The task was yet not completed as England had to win its last league stage game against New Zealand to confirm their place among top four. Once again, the hosts put on a great show to defeat the Kiwis by a huge margin of 119 runs. Hence, getting place in the semi-finals after 27 years.

England faced the defending Champions, Australia in the semi-finals. Once again, like last two league stage matches, the English bowlers bowled at good lengths to give an early breakthrough and keep the batsman quiet. In the End, England successfully defeated Australia to play with New Zealand at Lords in the finale.

This is New Zealand’s second consecutive entry into the World Cup finals. Although the team choked in the 2015 World Cup finals, their performance especially Brendon McCullum sensational batting in the entire tournament won the hearts of entire cricket fraternity. Talking about this time, the blackcaps qualified for the semi-finals based on net run rate. The team held their nerves in the semifinals against India and emerged victorious by 18 runs.

New Zealand got a dream start to this World Cup as except one washed out game against India; the team hasn’t lost in their first seven matches. At this stage, it looked that New Zealand would qualify easily, but that’s what this sport is. New Zealand lost their last three league stage matches against Pakistan, Australia, and England which made the things difficult for them. But at last, the results of other matches went in their favor as the result of which they entered the semi-finals.

In the semi-final, Kane Williamson and his troops clashed with India, the match which broke billions of hearts. New Zealand knocked India out in a game that went so close. This game reminded of 2015 World Cup semi-final where New Zealand defeated South Africa to book the finals place.

Now, one thing is clear that this time, the team which lifts the World Cup will become the sixth nation to achieve that feat. Previously, Australia, India, Sri Lanka, West Indies, and Pakistan have taken the pride to their country.

One thing that might grab your attention is that since last two times, the hosts have held the World Cup trophy. In the 2011 World Cup held in the Asian continent, India lifted the prestigious title at Wankhede stadium while Australia lifted the title at Melbourne cricket ground in 2015. Whether England will continue with this or New Zealand will complete their unfinished task of the 2015 World Cup.

Till then, follow MyTeam11 for more updates and information about the upcoming matches, predictions, and news.