World Cup 2019: Two Indians included in the ICC’s “Team of the Tournament” 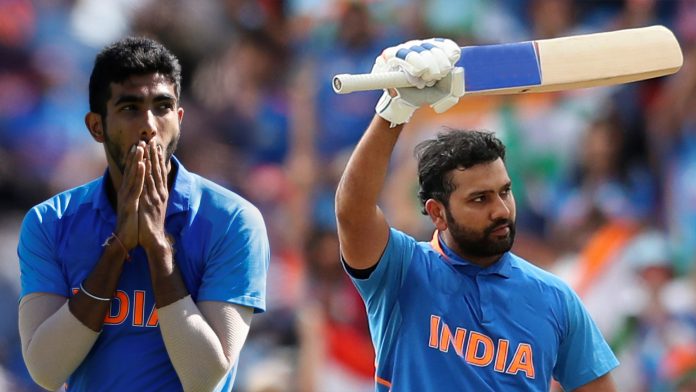 The World Cup 2019 has ended with the hosts; England being crowned as champions for the first time after hitting more boundaries. This was New Zealand’s second consecutive appearance in the World Cup finals. Although in 2015, the Australian team registered a comprehensive victory against them in the finals, this time the Kiwis must be feeling heartbroken as the ICC rule took away the title from them. Besides this, the super over bowled in the final was the first super over bowled in One-Day Internationals and the World Cup history.

New Zealand skipper Kane Williamson ‘s performance in the World Cup 2019 has been praiseworthy. He became the captain with the most runs in a single World Cup, breaking the record of Sri Lankan legend Mahela Jayawardene. If you have to name one kiwi player who played a significant role in the team’s success in this tournament, then every individual will say ‘Kane Williamson.’

Although the Indian team was knocked out in the semi-finals, his dominance has won the hearts of not only Indian fans but the entire cricket fraternity.

England’s go-to man in this World Cup, Jason Roy, made it to the ICC’s team as an opener. The opening batsman has been a key figure in taking England to lift the coveted trophy for the first time. In the mid of the tournament, he missed few matches following a hamstring injury, and in his absence, the team struggled. After his return, the powerful batsman has not disappointed and scored three consecutive fifties against India, New Zealand and Australia.

His scintillating batting in this tournament has undoubtedly won the hearts of English supporters.

Joe Root has been important for England across all the formats of the game in international cricket. In this World Cup too, Joe Root has played some exceptional innings for his team at various crucial stages.

Shakib Al Hasan 2.0 is the best way to describe the Bangladeshi all-rounder's performance in this World Cup. Shakib looked like a completely different player in this tournament. The left-handed Bangladeshi batsman was simply outstanding. No doubt, his performance has raised the bar of Bangladeshi team in international cricket.

After being promoted to play at No. 3, Shakib ended a prolific World Cup 2019; he surpassed Sachin Tendulkar's record of maximum runs scored in the group stages of the tournament.

Australian wicketkeeper-batsman, Alex Carey who made it to ICC’s team following his performances in his maiden World Cup. Playing his first World Cup, he has a memorable tournament as his contribution in the lower middle-order cannot be left behind. Apart from this, he is the second most successful wicketkeeper of the World Cup 2019.

The entire cricket fraternity will always remember his dedication for the game. In the semi-finals against England, he was struck on head off by Jofra Archer‘s bouncer that drew blood, but instead of going back to the pavilion, he continued batting with a bandage.

Known for his brutal in-swinging yorkers, Mitchell Starc once again proved why he is best at business. He ended this tournament with the tag of leading wicket-taker. Start alone took his side to victory in some matches in the competition. In the league stage match against West Indies, it was Starc who shaped win over the Caribbean Giants and Pakistan. He didn’t stop here, at the home of cricket, Lords, once again Mitchell Starc took a five-wicket haul against New Zealand that sealed victory for Australia.

New Zealand right-handed pacer, Lockie Ferguson, made his first World Cup a memorable one. His destructive pace and bouncers didn’t allow even the best batsman to get going. He became the hero for New Zealand for middle overs. Whenever he has been brought into the attack by Kane Williamson, he gave his best at that time. Apart from bowling, his fielding was also outstanding in the entire tournament.

West Indies born, England cricketer, Jofra Archer, had a dream World Cup. Just imagine a man who was not included in the 15-member squad in the first announcement was given the job to bowl the super over in the final. He didn’t let his team down and bowled brilliantly as the result of which England lifted the title. His performance in the entire tournament was exceptional.

Jasprit Bumrah is one of the most destructive bowlers in present time cricket with his exceptional abilities to get wickets at any stage of the match. Controlling opening overs, brutal in the middle overs and successful at the death are the biggest traits he possesses. Kohli’s go-to man, Bumrah always delivered a wicket when he was called on for.