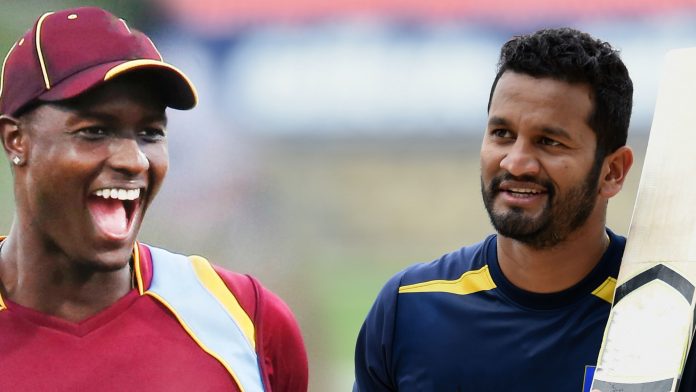 The pitch at Riverside ground always favors the batsmen. If the bowlers fail to bowl tight line and lengths, then they might get punished. As far as the toss is concerned then, the ideal choice considering both sides’ history, and pitch’s nature will be to bat first and set a massive total and stop the other team from achieving that.

Reports are coming from Durham suggests that cloud cover is expected to be over 75% due to which overcast conditions might be there throughout the match. Temperature is expected to be somewhere around 16 to 20 degrees Celsius.

The Lankan lions have only emerged victorious twice in this tournament till now. But now, Dimuth Karunaratne led side will be eyeing to give it their top performance against West Indies to provide themselves with the last chance of progressing to the semifinals in the ongoing ICC Cricket World Cup 2019

The top order is expected to be unchanged for this game. The only change which Dimuth Karunaratne might do is bring Jeffrey Vandersay back in the squad in place of Jeevan Mendis who failed to capitalize on the chances given to him.

After a great start in the tournament against Pakistan, the Windies team has lost the momentum completely. The team has put on impressive performances in parts but failed to hold their nerves in tight games.

After their defeat in the last match, West Indies might look to play with Ashley Nurse, who would most likely be replacing Fabian Allen. Other than this, no changes are expected.

West Indies have always dominated Sri Lanka in the World Cups. But both the teams haven’t performed according to their caliber in this World Cup, and they have lacked to come out as a team as the results haven’t come their way.

Follow MyTeam11 for more updates and information about upcoming fixtures and the latest Sports stuff.