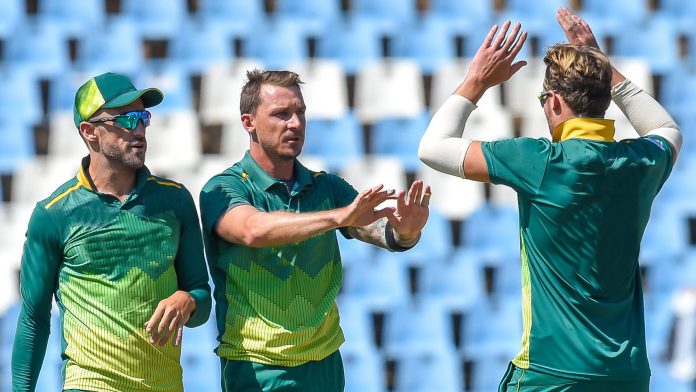 The 34-year-old middle-order-batsman, Faf du Plessis has been given responsibility to lead the team. South African men cricket team has been given the tag of ‘Chokers’ due to their inability to handle pressure at the big stage. In the 2015 cricket world cup, South African players showcased some heart touching performances before they were knocked out by New Zealand in the semi-final after going so close. So, it will be the test of Faf du Plessis ‘captaincy skills to remove the tag of chokers. Veteran Batsman, Hashim Amla will play a key role, if South Africa has to do something special.

Rassie van der Dussen, David Warner, Aiden Markram along with Hashim Amla and skipper Faf du Plessis are the five proper batsmen included in the squad. Quinton de Kock is appointed as the only wicket keeper in the squad.

JP Duminy and Dwaine Pretorius will contribute to the team with both bat and ball. Dale Steyn, Kagiso Rabada, Lungi Ngidi, Anrich Nortje and Andile Phehlukwayo will handle the pace bowling department while Imran Tahir and Tabraiz Shamsi are the two spinners selected in the squad.