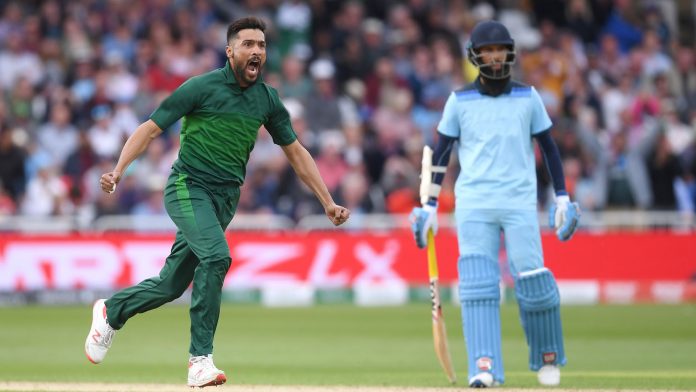 Joe Root’s and Jos Buttler's brilliant knock of 107 and 103 took the home team close to record World Cup chase, but at the end, it was Pakistan bowlers who didn’t buckle down under pressure. With this win, Pakistan team ended their long losing streak in One-Day Internationals. The England duo added 130 runs for the fifth wicket, but was dismissed soon after reaching their centuries.

It was England’s skipper, Eoin Morgan, who won the toss and elected to bowl. With the type of performance Pakistan displayed in their opening game against West Indies, this time Pakistani batsmen showed a miraculous effort to turnaround things for them. In their 50 overs, Pakistan reached a massive total of 348 runs, hence, achieving the feat of registering the highest total by any team against England in 12 editions of the World Cup.

To accomplish this milestone, Mohammad Hafeez played an outstanding inning of 84 runs, followed by brilliant half-centuries by Babar Azam (63) and Sarfaraz Ahmed (55).

England’s chase got off to a bad start as the hosts lost three crucial wickets for only 86 runs within 15 overs. After this initial destruction, Ben Stokes ‘dismissal in the 22nd over of the innings made things even more stringent for England. After this, it was time for Joe Root and Jos Buttler to showcase a reminiscent performance which made them the first two centurions of the World Cup 2019. Joe Root‘s innings of 107 runs included ten fours and one maximum while Jos Buttler hit nine fours and two sixes in his fierce knock of 103 run off 76 balls. But, both the batsmen ‘s stay at the pitch after reaching the century couldn’t last for long as a result of which England fell short by 14 runs at the end. The experience of Mohammad Amir and Wahab Riaz turned things for Pakistan in the last few overs of the match. This has rarely happened in international cricket before that a team lost a game even after centuries being scored by two of its player. With this win, Pakistan registered their first victory of the tournament.

Pakistan all-rounder, Mohammad Hafeez, was named the ‘Player of the Match’ for his brilliant innings of 84 runs and figures of 1/43.