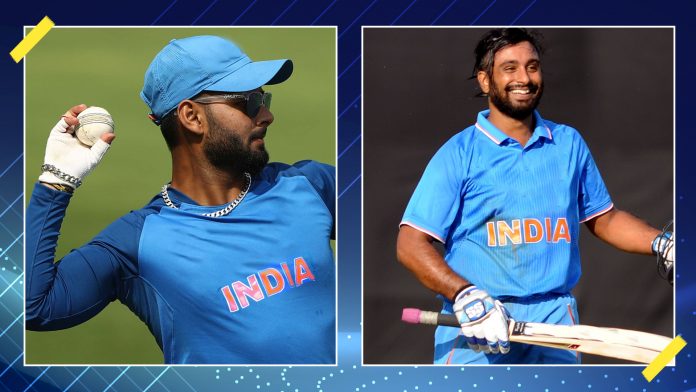 Young keeper batsman Rishabh Pant and veteran batsman Ambati Rayudu whose names were been excluded from the 15-member squad for World Cup 2019, has have been named among the Standbys. Apart from them, 26 years old right arm pacer from Haryana also found a place as backup ahead of the biggest cricketing event, starting from 30th May in England.

According to the sources, BCCI official said, “Like champions trophy, we have selected three back-ups one wicket-keeper batsman, one batsman, and one bowler. So, if any player of the team gets injured, then according to the requirements one of these three will get the opportunity.”

When the 15-member squad was announced, the exclusion of these two players became the main topic of debate. Former Indian player, Sunil Gavaskar expressed his surprise on the omission of Rishabh Pant while Former Indian left-handed opener, Gautam Gambhir raised his concerns about Ambati Rayudu’s exclusion from the squad.

Other than this, pacers Khaleel Ahmad, Deepak Chahar, and Avesh Khan will be traveling with the team as net bowlers, but if the management wants, they can be included in.

Indian team is scheduled to play their first match of the tournament on 5th June against South Africa in Southampton. Let’s see what happens in the future.

Follow MyTeam11 for more information and updates about Sports stuff.