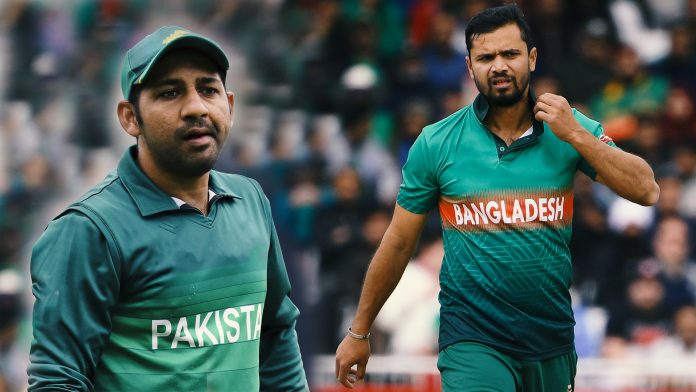 Australia, India and England have already sealed their place in semi-finals. The Kiwis along with Pakistan are fighting to make it their own. On Wednesday, New Zealand lost to England by 119 runs, but their net Run Rate is a massive positive for them.

Out of the three games played thus far at the Lord’s cricket ground in the World Cup 2019, all went in favor of the team batting first. Bowlers merely got any help in the first half of the match in the previous three games. Hence, it won’t be a surprise to see the team opting to bat first after winning the toss.

There are no chances of rain in the game. Reports coming from the UK suggests that the temperature will be nearly about 25 degrees Celsius. The sun will be out for the entire game with very minimal cloud cover. The humidity will be on the lower side, i.e. near about 43%.

Pakistan’s performance in this World Cup has been topsy-turvy. They started their tournament with a humiliating defeat against West Indies. Currently, Sarfaraz Ahmed led side is at fifth spot in the points table with four victories. Now, even if they win this match, then too due to negative net run rate, their chances to qualify is least. They can only be eligible if they bat first and beat Bangladesh by 308 runs, which is impossible.

Sarfaraz Ahmed might do no alterations in the playing XI that played against Afghanistan.

Bangladesh has emerged as a completely different side in this tournament. Although, they failed to qualify for the semi-finals, but the entire cricket fraternity have praised their performance. Now, the Bangla Tigers will be eyeing to deliver some more all-around performance to end their World Cup 2019 campaign with a win.

After defeat against India in the last match, Bangladesh is expected bring Mehidy Hasan in their playing XI in place of Rubel Hossain. Other than this no changes are expected. The team has played good cricket and will be hoping to end the tournament on a good note.

Both the teams will be expecting from their experienced players to step in and take the team to victory. Let’s see what happens in this upcoming match between two Asian giants.