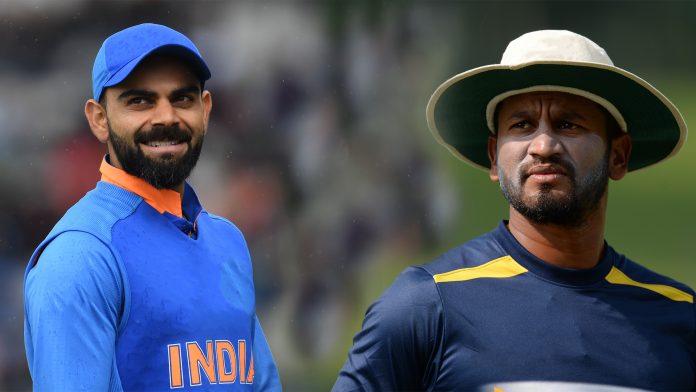 Although India vs. Sri Lanka will not be an exciting game, but still both the teams will look to end their league stage with a win. One side, Virat Kohli’s men will be eyeing to win this match to enter into playoffs confidently and give them a chance to finish the league stage with number one spot.

On the other side, the Sri Lankan team will be hoping to give a memorable farewell to the likes of Lasith Malinga and Angelo Mathews who will be playing their last World Cup game.

The spinners are most likely to get advantage from this track in the second innings of the match. In all the previous games played at this venue, the team batting second has looked in great trouble. So, the captain winning the toss will look to put runs on the board and exert pressure on the other team.

As per recent reports obtained, no rain interruptions are expected throughout the match duration. It will be a cold day at Leeds with the temperature hovering around 20 degrees Celsius. The humidity will be around 56% at the start of the match, which will come down as the day goes on.

The Lankan Lions are already out of the semi-finals race so, they would just be playing for pride. Dimuth Karunaratne led side got off to a horrible start to this tournament, but the team showed some effort and registered three wins.

In their last match against West Indies, Sri Lanka showcased brilliant all-round performance. Following their victory against the Windies, Dimuth Karunaratne is expected to do no changes in the winning combination.

Indian team has already qualified for semifinals. They will enter this match to continue their winning momentum. With 13 points in their bag if India wins this match and South Africa defeats Australia in the last game of the league stage, the Indian team will finish at number one spot.

With Vijay Shankar ruled out of the World Cup due to a toe injury, Mayank Agarwal makes it to the 15-member squad. As far as this match is concerned, Ravindra Jadeja is expected to play in place of Dinesh Karthik in the match.

Follow MyTeam11 for more updates and information about upcoming fixtures and the latest sports stuff.