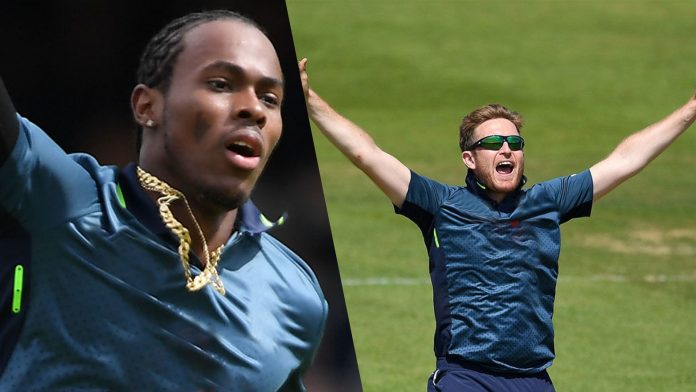 After the comprehensive series victory against Pakistan by 4-0, England cricket board has finalized the 15 players who will be a part of the World Cup team. All-rounder, Jofra Archer, and left-arm spinner, Liam Dawson, have got their tickets for their Maiden World Cup. Apart from these two players, James Vince has also been called in the team in place of Alex Hales, who was dropped from the squad last month following his drug-related ban. The left-arm pacer, David Willey and all-rounder, Joe Denly, have been also excluded from the squad.

Both Jofra Archer and Liam Dawson have not been included in the provisional squad named by ECB last month. Jofra Archer has been welcomed in the squad following his brilliant performance against Pakistan and Ireland, while Dawson’s selection is entirely based on his performance for Hampshire in the Royal London cup. In this competition, the all-rounder took 18 wickets and scored 274 runs with the help of a century against Surrey.

The inability of David Willey and Joe Denly to deliver good performances in the series against Pakistan has been the main reason for their exclusion from the team.

If you want more information and updates about the latest happening in the Sports World, then stay tuned to MyTeam11.