World Cup 2019: Four players India will heavily depend upon 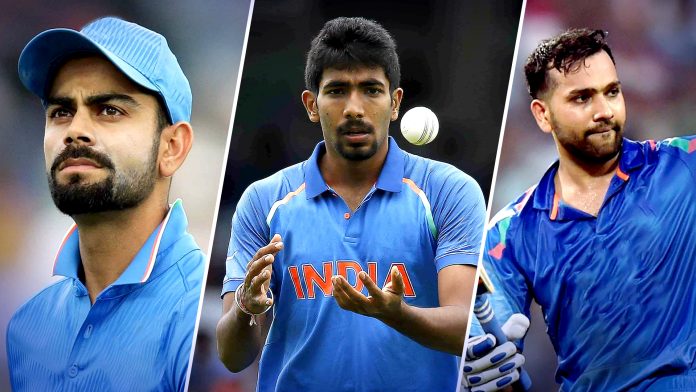 The 30-year-old batsman, who will be leading the Indian team, will have enormous responsibilities on his soldiers. Over the past few years, he has been the most important member of the team and currently, he is regarded as the best batsman in the world. As a result of his hard work and dedication towards the game, he has already surpassed the legends of the game at a very young age. In one day internationals, he became the fastest batsman to score 10,000 runs in just 205 innings and currently is at the second spot in the list of most centuries in one days. He has been a recipient of many awards such as ‘ICC cricketer of the year’ for two consecutive years, 2017 and 2018 respectively. He will be a part of the Indian World cup squad for the third time. He will have a huge responsibility on his shoulder as he will lead the team for the first time in 50 overs World Cup and Every Indian will be expecting from him to make Indian team win their third World Cup title.

Every Indian Cricket fan still remembers MS Dhoni’s match-winning six in World Cup 2011 final against Sri Lanka. The 37 years old keeper batsman from Ranchi will play a key role in the upcoming World cup. This will be his fourth and most probably the last world cup. He is the only captain to win all the ICC trophies i.e. ICC World T20 in 2007, ICC World Cup 2011 and ICC Champions trophy 2013. Although, he will not captain the team this time, but his experience and decision-making ability at tough situations will definitely benefit the Indian team. In the upcoming World Cup, he will be a big support for Indian skipper, only his presence on the field will give Indian team good advantage and Virat will be also keen to make full use of him, to lift his first World Cup trophy as a captain.

The 31-years-old, Indian opener will play a massive role in World Cup 2019. Since he has been promoted to open the innings for India in 2013, his game has improved a lot. Currently, he is the only batsman in the world to score three double centuries in One-day Internationals. This will be his second appearance in the World Cup for India. Previously, he has played only one World Cup for India in which he scored 330 runs at an average of 47.39 with the best score of 137 runs. He will be eyeing to increase this average in World Cup 2019 because India’s World Cup triumph will be highly dependent on his performance. Rohit Sharma has been involved in various partnerships with Shikhar Dhawan and skipper Virat Kohli in the past. Now, the fans will be expecting him to be among the top three batsmen in the tournament. Rest the time will tell.

Over the past two years, Bumrah’s performance graph has gone very high. His ability to make batsmen feel uncomfortable and take wickets in the crucial stage has made him one of the most dangerous bowlers of the game, India has ever produced. Cricketing legends have now started calling his ‘Yorkers’ most effective among fast bowlers playing international cricket now. During the 2017 Sri Lanka tour, Bumrah recorded the most wickets (15) taken by any fast bowler in a bilateral ODI series of five or fewer match. The 26-years-old right-hand fast bowler, known for his unorthodox action and ability to execute perfect Yorkers in the death overs, will play a significant role for India in World cup 2019. He is considered one of the India’s fastest bowler currently with an average speed of 142 km/hr. India’s bowling unit will be heavily dependent on Bumrah in World Cup 2019. Indian skipper Virat Kohli will be expecting from him to give his best like Zaheer Khan, who was the leading wicket-taker (21) in 2011 World Cup.

Rest will depend on time. If you want more information and cricket update, then stay tuned to MyTeam11.