World Cup 2019: Four Foreigners who will be playing their last ICC World Cup 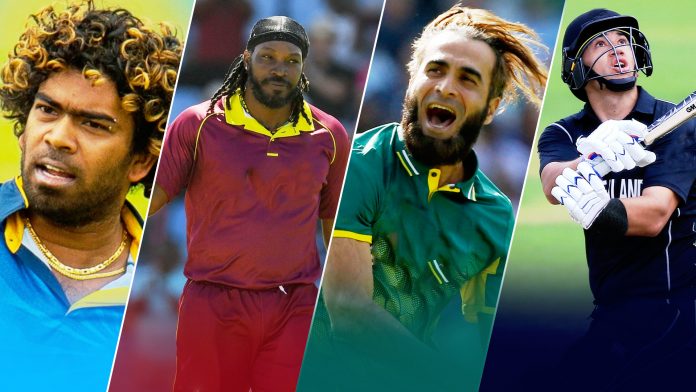 The big Caribbean batsman from West Indies, Chris Gayle, has already said that he will retire after the World Cup 2019. Also Known as the Universal Boss, he is the first batsman in the history to score a double century in the World Cup. Talking about his stats in One-Day Internationals, then after the West Indies legend, Brain Lara, he is the only player to cross the 10,000 runs mark. However, the 39-year-old left-handed batsman holds the record of the most centuries in One-Day Internationals for West Indies. Previously, this year, Gayle had made a strong comeback in One-Day internationals against England. In the five one day matches played in England, he smoked 39 sixes to announce his comeback in the international cricket.

Chris Gayle, who will be playing his last World Cup will be the key player for West Indies in the tournament. West Indies, the T20 Champions, will be hopping from the big gun and other players to display their top performance to refresh the 1975 and 1979 memories and give a memorable farewell to Chris Gayle.

The 35-years-old right-handed kiwi batsman has become an indispensable part of the New Zealand team over the years. Famous for his slogs sweep, the highest One-Day Internationals century maker for blackcaps will be playing his fourth World Cup this year, the seventh New Zealand player to do that. Besides this, he is also the highest run-getter for New Zealand in ODIs with 8026* runs in his account.

The 2015 World Cup runners up, New Zealand, has some star players in their squad like Martin Guptill, Kane Williamson and many more. But for Ross Taylor, this will certainly be the last World Cup, and former captain will be eyeing to achieve something special for his team through his performance.

Every Indian fan still remembers those first few overs of Lasith Malinga of the 2011 World Cup finals. The veteran pacer stunned the crowd for a minute after taking the wicket of Virendra Sehwag and Sachin Tendulkar in quick succession. The 35-year-old right-arm-medium pacer has made some memorable performances in the World Cup like his four wickets in 4 balls against South Africa in 2007 World Cup. Famously known for his toe-crushing Yorkers, Malinga’s experience will play a key role for Sri Lanka in the World Cup 2019. He has picked up 322 wickets in his 218 appearances for Sri Lanka in One-Day internationals till now.

As time has passed, due to injuries, his fitness and bowling speed has gone down. This will be his last World Cup for his nation. The performance which he showcased in IPL, especially the final ball of the final match must be a confidence booster for him. The Yorker king will be thinking to again create some of the memories in his last world cup like his teammate Kumar Sangakkara, who created a record in his previous World Cup (2015) after scoring back to back four centuries.

40-year-old Pakistan born South-African leg spinner, Imran Tahir, who made ODI debut in the 2011 World Cup in the match against West Indies, has already decided to retire from one-day internationals after the 2019 World Cup. Talking about his stats, in 98 appearances for his team in One-Day Internationals, he has racked up 162 wickets. Famously known for his extraordinary celebration style, the eminent spinner has 29 World cup wickets in his account, the most by any South African spinner.

The intensity which he displays in the field wherever and whenever he plays proves the quote that ‘Age is just a number.’ No doubt, in the World Cup 2019, he will showcase the same intensity. He will be hoping to end his One-Day career on a great note for his team.