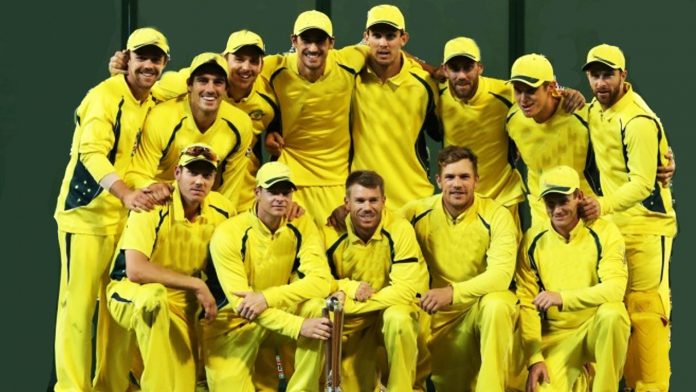 Cricket Australia has announced its 15-member squad for ICC World Cup 2019 on 15th April. With the comeback of former Captain Steve Smith and aggressive left-handed batsman David Warner, the Australian team is looking strong. After completing their 1-year ban, both the players are currently showing off their skills in the on-going IPL, looking in good form in the matches they’ve played till now. The 32-year-old right handed opener, Aaron Finch has been given the responsibility to lead the team in World Cup.

At one side, the likes of Steve Smith and David Warner have found a place in the squad, but on the other hand, some veterans are not included by the selectors. Right arm medium pacer, Josh Hazlewood and middle-order batsman, Peter Handscomb are not a part of the Australian World Cup squad. The left-arm fast bowler, Mitchell Starc, who was suffering from a pectoral injury, has been included in the team.

Aaron Finch, Steve Smith, Usman Khawaja, Shaun Marsh, David Warner, and Glenn Maxwell are the batsmen in the squad. For wicket keeping, Alex Carrey has been included in the squad. Jason Behrendoff, Mitchell Starc, Pat Cummins and Jhye Richardson are the four pacers in the squad while Nathan Lyon and Adam Zampa are two proper spinners in the squad. Marcus Stoinis and Nathan-Coulter Nile will show their all-rounder skills in the tournament.

Defending champions, Australia will enter England’s soil in order to save the title. In 2015, they won the title after defeating New Zealand in the finals at Melbourne. Also, after defeating them in 2015, Australia Captured World Cup title for the fifth time.

The Australian team is the most successful team in the history of cricket. They are always considered to be one of the Potential winner due to their record in World Cup history. In the last one year, the Australian team has gone through a rough patch, so with the return of Steve Smith and David Warner in the squad, they will look to win the Cup sixth time. Rest depends on time.

Follow MyTeam11 for more information and updates about cricket.