World Cup 1999: Nothing could stop the Master Blaster; Not Even Father’s Demise 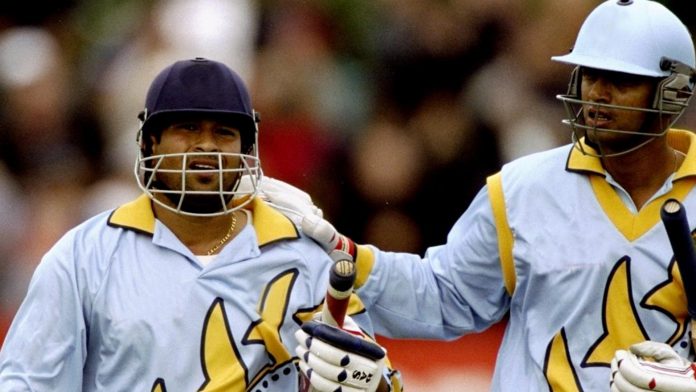 Creating records and reaching great milestones doesn't make an individual different from others, at last, every individual is a human. The only difference is some perform their task with more dedication and handle aspects of their life bigger than others more efficiently.

In the 1999 World Cup, Indian team‘s match was scheduled with Zimbabwe in the league stage, and the night before the game, Sachin received a phone call about his father’s death. He rushed back to his home to bid the final goodbye. His father, Ramesh Tendulkar, who was an excellent Marathi writer, was rivered by his son, Sachin Tendulkar. An ordinary man should have taken a long time to recover from the grief and sorrow, but for Sachin, the case was completely different.

Three days later, Sachin Tendulkar joined the Indian team at Bristol and banged an emotional century against Kenya in the memory of his late father. His unbeaten 140 runs ‘knock helped the Indian team to register a comprehensive victory by 94 runs & keep their chances alive in the tournament.

With the wall, Rahul Dravid, Sachin Tendulkar added 237 runs for the 3rd wicket which helped the team to post a massive total of 329 in the 50 overs. Sachin destroyed Kenya ‘s bowling line-up and hammered 16 fours and three sixes in his innings of 140 runs.

Although today Sachin Tendulkar holds the record of 100 centuries in international cricket today, the 1999 World Cup ‘s Century will be remembered forever. The innings is a proof of Master Blaster’s dedication and focus towards his work. The best moment of the match was when he looked up after scoring the ton with tears in his eyes. No matter, if he has retired from cricket, but he will always be an inspiration to the youngsters.