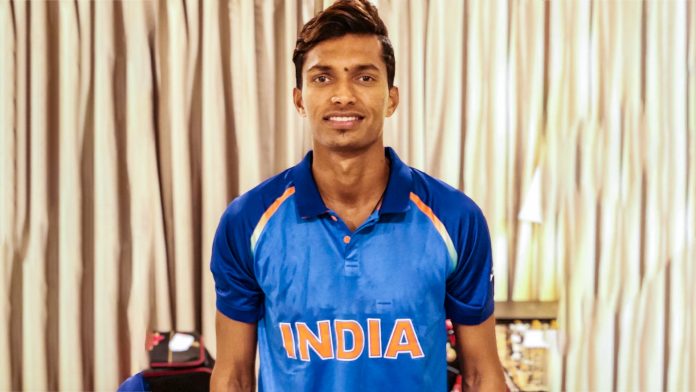 Navdeep Saini, the 26-year-old Indian player who outshined as the major star for his side in their first T20I against the Caribbean Giants, invited trouble in his debut match itself. The player who took the audience with awe with his amazing figures of 3/17 along with a maiden over, is now in the news for breaching ICC’s Code of conduct.

The worldwide governing body of cricket, the International Cricket Council (ICC) recently issued a warning to Navdeep Saini for breaching Code of Conduct's Article 2.5. The article of the ICC’s Code of Conduct for Players and Player Support Personnel’s describes using actions and gestures that can provoke an aggressive reaction from a batsman after dismissal as offensive.

The warning came after Saini dismissed West Indies player, Nicholas Pooran in the 4th over of the first T20I held on Saturday. It is reported that after Pooran’s dismissal, Saini made such a gesture, considered to be offensive and punishable under the said article of the Code of Conduct.

It was the on-field umpires Nigel Duguid and Gregory Braithwaite, alongside the third umpire of the game Leslie Reifer and fourth official Patrick Gustard who registered the charges against the player. Besides the official warning from the managing board, Navdeep has also been given a demerit point.

No official hearing was required in the matter as the player himself accepted doing the act and took up the sanctions proposed by the match referee Jeff Crowe of the Emirates Elite Panel of ICC Match Referees.