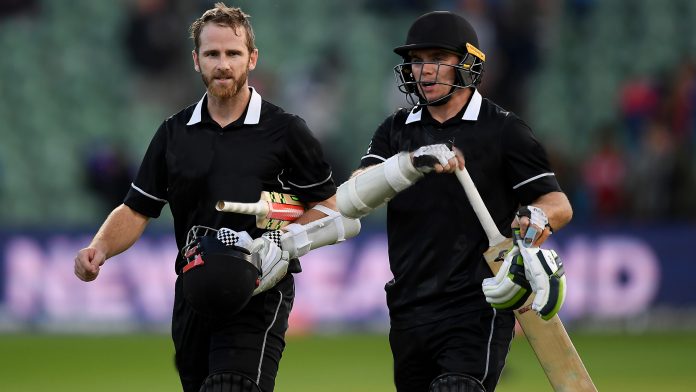 Like the 2015 World Cup semifinal, South Africa lost numerous chances on the field. They could have sent Williamson back to the pavilion when he was at 70, but the Proteas didn’t utilize the opportunity. Hence, after this Williamson went on to score a century that helped the blackcaps in registering their fourth victory the tournament and continue their dominance over South Africa in the World Cup.

Playing at Edgbaston, after the rain interruption New Zealand skipper, Kane Williamson won the toss and decided to bowl first. Due to the late start, the number of overs were reduced to 49 per side. To start the proceedings, New Zealand‘s left-arm pacer, Trent Boult bowled a brilliant delivery to show Quinton de Kock the way back to pavilion.

After this initial loss, veteran batsman Hashim Amla and the Proteas skipper, Faf du Plessis added 50 runs for the second wicket to provide stability to the innings before Faf du Plessis became a victim of Lockie Ferguson in the 13th over of the innings.

Reacting to the chase, New Zealand floundered in the initial overs of the innings as they lost four wickets at 80 runs. At this stage, Kane Williamson led side looked in deep trouble. But, James Neesham along with Williamson stitched 57 runs to provide stability to the team. After the dismissal of James Neesham, Colin de Grandhomme made quick 60 runs and gave excellent support to the skipper who was at the other end. The 91 runs stand between him and the skipper ensured the victory for New Zealand. In the end, it was Williamson and Mitchell Santner who finished the run chase for the team with three legal deliveries left.

New Zealand skipper, Kane Williamson was named as ‘Player of the match’ for his unbeaten 106 runs.