Why Indian Football Fans Roar for Ronaldo & Messi but No Cheers for Chhetri? 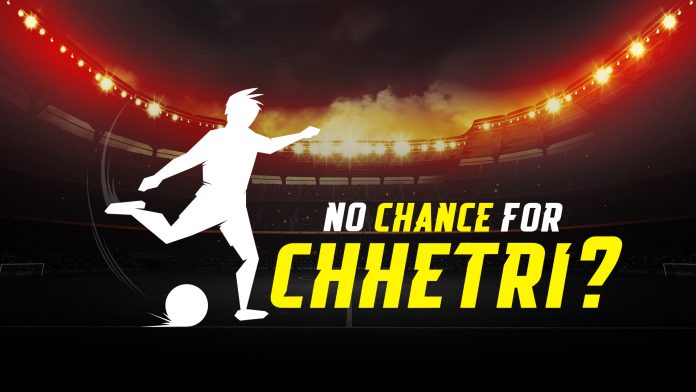 Where, at one end, India is growing love for football, the debate about who is the best footballer has been catching fire. Prior people were busy drawing comparisons between the two greats of the field, Ronaldo and Messi, but there’s one more name that has been added into the list of comparisons and conclusions.

The Indian football fans are going gaga over the skills, goals, and achievements of Cristiano Ronaldo and Lionel Messi, plenty in the country are yet to recognize the efforts, and hard-work, national football legend, Sunil Chhetri has put into uplift the position of football in India. Despite bringing in a revolution into the world of Indian football, people are still chanting praises of Ronaldo and Messi rather than batting an eye to Chhetri’s contribution. Having scored 72 international goals, Chhetri is ahead of Messi’s total of 68 goals, yet the player does not even share half of the popularity as Messi in India. Why? Well, we explored umpteen possibilities behind the ever-growing popularity of Ronaldo & Messi in India, and we have zeroed down to certain reasons as to why Chhetri is often over-looked. Read on:

Lack of support from Authorities

The first and the foremost reason we see is the lack of support, recognition, training, proper infrastructure, and almost no exposure faced by Chhetri from the side of authorities. On the other hand, Ronaldo and Messi were blessed with an environment that helped them nurture their skills and got them into worldwide acclaimed clubs, making them a popular name in a short span of time. Whereas, Chhetri, who has better stats than these globally recognized figures, was made to find his way through a tough path.

Also Read: HOW HAS IFL PANNED OUT IN THE FIRST HALF?

Another important reason that adds up to the high popularity levels of Ronaldo and Messi in India is the peer effect. Since childhood, we have a tendency of doing anything and everything that shall get us accepted in social groups. Both Ronaldo and Messi, being international players, had their own fan following, which played its own role. With constant achievements in the field of international football, which includes five FIFA Ballon d’Or titles, both the players found their way among the few Indian football fans who further played a key role in introducing their friends to the players.

The lifestyle of Indians And Broadcast Timings

The lifestyle and routine of millennials have been facing constant changes, and today, people have a habit of staying up till late. Taking after the time-zone differences, international football matches are usually broadcasted late at night, which has become a medium of entertainment for plenty of night-owls in India. On the other hand, Indian football leagues are usually broadcasted in the evening when most of the football fans are stuck with their professional, educational, or personal life. Therefore, the football fans in India have a better knowledge of international football players than the national ones. Thus, their preferences and the popularity.