Why are English Leagues highly popular among Indians? 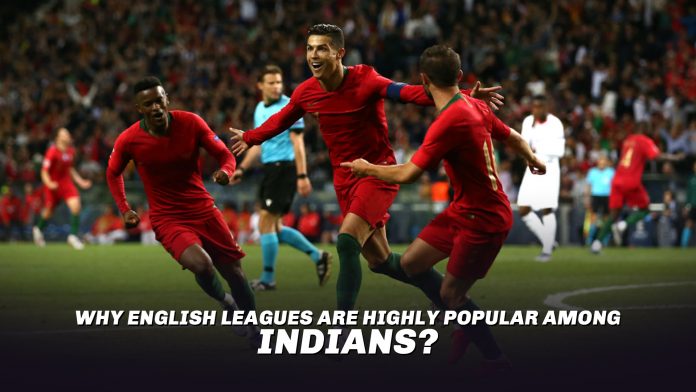 With the popularity levels of football pacing up amongst the crowd in India, the country is becoming a potential investment hub for football clubs & leagues. The fact that foreign clubs and leagues are preparing to invest in marketing the game in the country just works to give wings to the already set to fly craze.

The love has been growing immensely, and the reasons are just never-ending. Meanwhile, the Indian National Football team is gearing up to try its luck in qualifying for the FIFA World Cup 2022; the fans are going gaga over English leagues. And, here we are with the primary reasons that are affecting the day-by-day growing affection of Indians toward the English leagues. Read to know why:

Where at one side the Indian football team is struggling to get into the FIFA World Cup championship, there are countries who are ruling the different series that are quite popular among the fans. Just like IPL, known as the biggest cricket festival, lures international cricketers with its popularity and monetary benefits, various English Leagues feature different international players in different clubs. Being already accustomed to international faces and their playing styles, the English Leagues help Indians connect better in comparison to Indian football leagues, that are yet to make a mark. Also, the inclusion of international players in the games highlights the better quality of the competition directly affects the thrill factor of the game.

Foreign clubs keep on promoting the best players and key moments from the game, that keep on going round and round on the internet. India, being one of the biggest users of the internet, it becomes quite common for the people of the country to get face-to-face with such viral stuff, that makes international football starts seems familiar to the Indian fans. Starring international stars such as Lionel Messi, Cristiano Ronaldo, Neymar, etc. in the games, these English Leagues are full of engagement and excitement for the Indian fans and thus, known to seek more attention from the Indian audience.

Also, the routine life, working patterns of the millennials has seen a paradigm shift in the past few years. Now the offices run till late, the weekends are for relaxing, the sleeping patterns have changed significantly, thus, often the nights are spent surfing the internet. The time-zone difference between foreign countries and India is also playing a major role in the increased viewership. Awake till late night, the users prefer watching the football matches being broadcasted, that gels well with their schedule.

Indian youth is going crazy over PS4s and X-boxes, the recent love for sports lovers. The ever-increasing love for video games, availability of FIFA on these gaming platforms, and the growing craze of e-sports is just another factor that is leading to the ever-increasing fan following of the English Leagues in India. Also, these English leagues are operationally driven which means they highly focus on content marketing. Understanding the viewer patterns, they prefer opting for marketing strategies that help them reach fans from India in the far and wide.