What to expect from India-West Indies series? 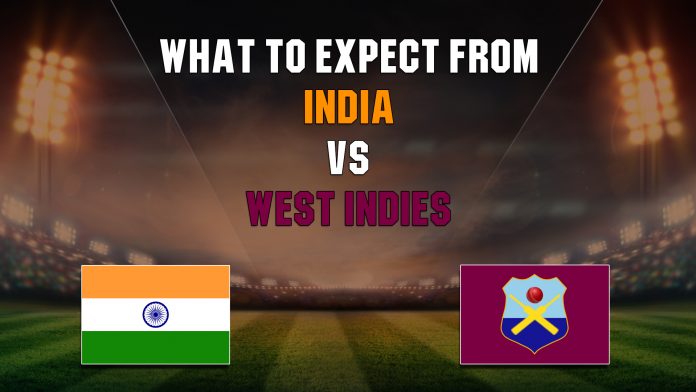 The Windies and the Men in Blue are all set for the head-to-head battle for the second time in the same year. The second encounter of the teams will begin on 6th December. Both the teams, India and West Indies, are known to have a fierce and stable cricket history. If talked about the World Cup statistics, then both the countries,have won the title twice.

Previously, when the two countries had faced each other back in August 2019  the performance of the Windies was not something that the coach ‘Phil Simmons’ had imagined. India won in all the different forms of cricket, T20, ODI and the tests during their tour of West Indies, white-washing the hosts in 2 of the 3 formats. After the defeat, West Indies overcame the pressure by thrashing the Afghani team by 3-0. Not a big victory but at least something that helped the Windies retain its enthusiasm to play against one of the best cricket teams, India, on 6th of December.

The Ro-hitman of India was supposedly going to take rest for the forthcoming New Zealand series in the next year but seeing the average performance of Shikhar Dhawan; the Board of Control for Cricket in India (BCCI) has retained Rohit Sharma as the opener as well as Vice-Captain.

The bowling side of Indian cricket team is on fire, and the board has announced the comeback of Mohammad Shami and Yuzvendra Chahal. The team also has the most successful Indian bowler of the present year, Jaspreet Bumrah, but is likely to stay out of the squad due to some injuries. Overall, the board has given a chance to all the young talents, and the team is on the path to repeat history.

The selectors have retained the same squad as that of against Afghanistan, and the reason behind it is the excellent performance of the team. Fabian Allen, who was suffering from a knee injury, has now recovered and will play in the Windies T20 squad against India.

There are two surprise exclusions in the West Indies team, one is batsman Shai Hope, and the other is Alzarri Joseph. It seems as if the selectors are trying all the algorithms before the T20 World Cup in the next year.

The massive hitter, Chris Gayle recently announced that he is on holidays and does not wish to play in the Indian series as well as the upcoming Australian series. The country may not miss the presence of Gayle as it(s) other options that are doing good in the squad. The West Indies team has geared up to face the Blue Arma and assumably give its best to win the series.

Out of the 128 ODI matches played between India and West Indies, the national side has won 62 matches, while West Indies has won 61 matches, which shows that the upcoming series is going to be a tough battle between the two nations.