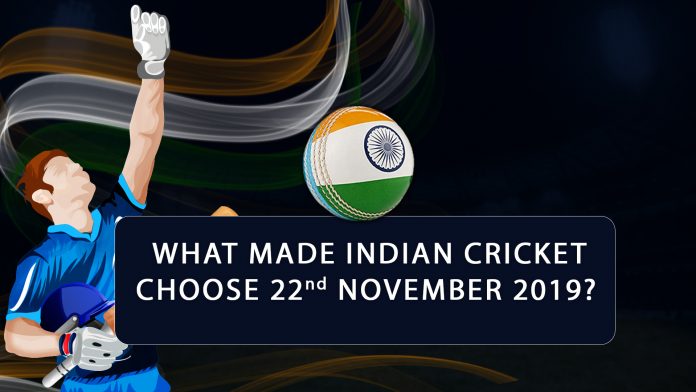 Tomorrow, India will register their name in the history books as they will play their first Day-Night Test match at Eden Gardens in Kolkata. India will be the seventh country to host a Day-Night Test. Eden Gardens is expected to be a full house, and it will be a historic night for both fans and players. Amid growing concern over decreasing viewership for Test matches, the idea to have day-night Tests began to gain popularity and after much debate, the first-ever Day-Night Test match finally took place in 2015 between Australia and New Zealand. After that, every Test nation country except India and Bangladesh played the Day-Night Tests.

Why was India hesitant before?

Despite being one of the big elephants in cricket, India stayed away from the experimental format for four years. India had said no to teams like Australia and West Indies in the past when they invited them for Day-Night Tests. India also missed out on a chance to host in the 2016-17 season.

Over the years, the Indian Board had cited lack of pink-ball exposure for their inhibition for playing Day-Night Tests. Many players believed that there wasn't enough balance between bat and ball and Indian spinners will not get enough assistance which will be a significant disadvantage especially at home.

Will it revive Test cricket in India?

In T20Is and ODIs, India has always played in a jam pack stadium, but Test cricket didn’t receive the same reception and recently concluded India vs South Africa Test series witnessed that. India played against South Africa in an almost empty stadium. The lack of crowd and less revenue might have forced BCCI to accept the Day-Night format. But It is not the only solution to rejuvenate Test cricket. BCCI also needs to improve the stadium facilities to attract the crowd, and as Rahul Dravid also mentioned, India needed to have a set cricket calendar so that people could plan their itineraries well ahead of the match.

Although India is all set to play their first Day-Night Test, there are few questions that every Cricket Pundit is posing around Day-Night Tests in India.

All the Day-Night Test before this has been played in a hot climate, and so the dew was not in question. But the match between India and Bangladesh will be played in winter. Heavy dew will make the ball heavy and slippery which will make bowling harder. So how will the team manage?

This will be the first Test with a pink SG ball. Players who played with the pink ball in domestic cricket were not pleased with the ball as it was a struggle for them during the night when the colour faded. However, the bigger problem was that it took spinners out of the equation. It will be interesting to see how spinners will bowl with the old bowl.

The result of India's pink-ball experiment will decide its future in India,    But India has taken the right step towards nurturing the Test cricket again in India.