What Indians can expect from Tokyo 2020? 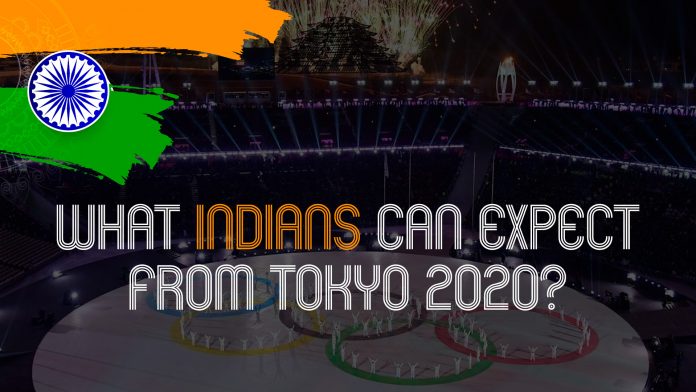 Since 1920, Indian athletes have appeared in every edition of the Summer Olympics. Yet again, India is all set to compete at Tokyo 2020 to be conducted from 24 July to 9 August 2020. Tokyo will be hosting the world’s grandest sporting event next year. Athletes around the world are weaving dreams of clinching medals at the global stage. Indians athletes are also anticipating to put their best foot forward in the upcoming games and raise their flag at the international platform. With 62 Indian athletes in the Indian contingent who have qualified for Tokyo 2020, the nation is optimistic about increasing their medal haul. The country is excited to see deserving Indian athletes showcasing their talent in their respective sporting events.

Here are the names of the Indian competitors who have secured a quota place for the Tokyo Olympics 2020:

Indian shooters are eyeing for the year 2020

Shooting is one of the sports fields in which India performs exceedingly well. There are a lot of expectations from these candidates as 15 Indian shooters across multiple shooting disciplines have earned the quota for the event. Some of the prominent names in this category are Anjum Moudgil, Apurvi Chandela, Saurabh Chaudhary, Deepak Kumar, Sanjeev Rajput, Angad Veer Singh Bajwa and Mairaj Ahmad Khan, Aishwary Pratap Singh Tomar and many more. It has already been a watershed year for Indian shooters as they have won 16 gold medals in four World Cups, and now, everyone is looking forward to 2020.

A golden chance for archery to shine

With great archers in the nation, India is aiming at bagging numerous medals in this category. The two top-ranked archers, Deepika Kumari and Bombayla Devi Laishram, are expected to raise the standards high and make this quadrennial sporting extravaganza a little more intriguing. These ace archers will have to face tough competition from Chinese and Korean archers.

Other sports have a lot of scope as well

In March, national record holder K. T. Irfan became the first Indian from athletics to qualify for the 2020 Olympics. This happened after he finished fourth in the 20 km event of the Asian Race Walking Championships in Nomi, Japan. Avinash Sable scripted history by beating his own national record in the men’s 3000m steeplechase final at the World Athletics Championships 2019. Another gem from this field is the mixed relay team.

Only one contender from India entered the Olympics equestrian competition named Fouaad Mirza for the first time in two decades. Keeping our fingers crossed!

Asian Games gold medallist Vinesh Phogat became the first entry from wrestling field, followed by Bajrang Punia, who won a bronze at the World Wrestling Championships. Ravi Kumar Dahiya is one of the promising wrestlers, as he claimed a bronze medal on his debut World Championships. The last Indian wrestler to qualify for the Olympics was the young sensation Deepak Punia.

India does have a fair share of gifted athletes who will represent the nation in the international arena. All we have to do is wait for the ultimate battle to begin next year.