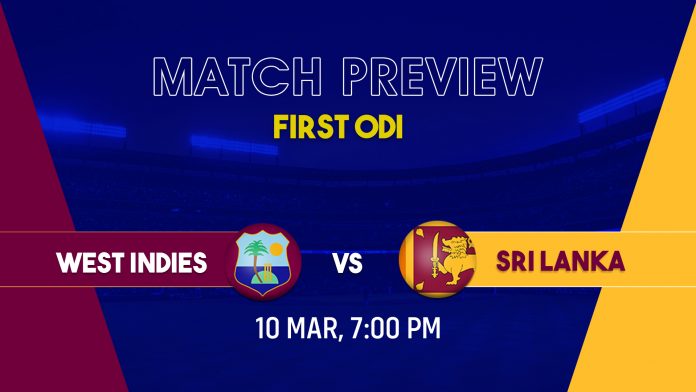 West Indies and Sri Lanka will kick start the ODI series with an opening clash in Antigua. The series will part of the ICC’s new CWC Super League.

Sri Lanka will continue their Windies tour with new ODI assignment for the CWC Super League. Sri Lanka haven’t featured in ongoing Super League. West Indies participated in last World Cup qualifier so they will look to seal the spot in 2023 WC before the qualifier. The hosts won the T20I series after a thrilling low-scoring win in final T20. Fabian Allen’s blistering cameo charged Windies to 2-1 series triumph. The captain’s role will be taken by current skipper Dimuth Karunaratne and Sri Lanka would hope for a better start to this new League-system for upcoming WC in India.

Dinesh Chandimal will be back in ODI squad and he will be a key player in the squad. They are building a team for upcoming big ICC events and they recalled experienced players like Thisara Parera. The spin combination has been outstanding for Sri Lanka. Both Hasaranga and Dananjaya troubled West Indian batting lineup. Lakshan Sandakan was also effective by picking 6 wickets. Hasaranga went for just 42 runs in T20 series and picked most 8 wickets. Antigua’s track will help spinners and Sri Lanka would give spinners most overs to attack West Indies batting lineup. The batting unit also has to take responsiblity and deliver for this crunch series.

Meanwhile, hosts are boosted after T20 success but the format is different now. West Indies had a poor memory in 50-overs format. They didn’t deliver a big success in last 4-5 years. Kieron Pollard will look to build a team for upcoming ODI World Cup. The hosts have 2 more years from now to boost their side. It will be the the second assignment for West Indies in Super League. They would keen to avoid the qualifier this time. Shai Hope, Dareen Bravo, and Alzarri Joseph will be back in the squad. Jason Mohammed retained his space after losing to Bangladesh 3-0 in last ODI series. They have a good ODI combination but not the ideal one to attack Asian side. Sri Lanka have won all previous five matches against West Indies and they look favourites here.

Antigua’s surface offers a balance between bat and ball. The track gets slower, and spinners might play a handy role. Chasing would be a tough call considering the slow track.