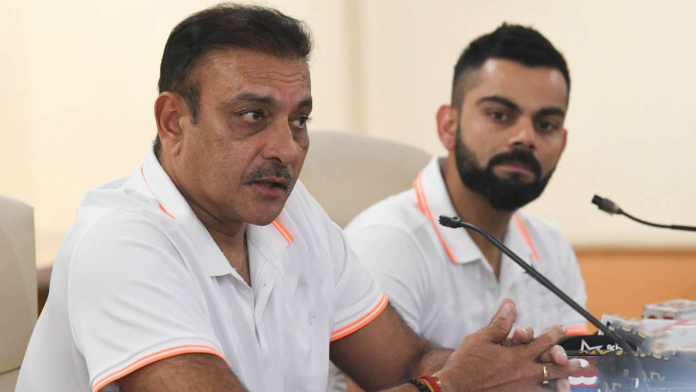 After showcasing a brilliant performance in the league stage, 45 minutes of lousy cricket ended the Indian team’s dream to lift the World Cup trophy for the third time. The Virat Kohli led side finished the league stage at first spot but due to a rapid batting collapse, lost to New Zealand in the semi-finals. Following their defeat in the semi-finals, the team has been heavily criticized, and news about the rift between Virat and Rohit has been the talk of the town. The speculations intensified even more after Rohit "unfollowed" India captain's spouse, Anushka Sharma on Instagram last week.

But Indian skipper, Virat Kohli on Monday, i.e., on July 29 said, the reports of a rift between him and his deputy Rohit Sharma are all rubbish. He further added that the team wouldn't be successful if not for the camaraderie and understanding in the dressing room.

“In my opinion, it's baffling. It's ridiculous to read such stuff. I've been to few public events. Everyone comes up and says we have respect for you. And here we are feeding off lies and overlooking facts. We are turning a blind eye to all the good things that have happened and creating fantasies and scenarios in our heads, and want to accept that this is the truth,” he said in Press Conference.

Virat Kohli also talked about the news that referred to the atmosphere within the team. He said it would have been tough for the team to produce the kind of results that they have given if the atmosphere had been unhealthy.

The Indian team coach Ravi Shastri gave his opinions about the issue and said, "The way this team plays, no individual is bigger than the game. Not me, not him (Virat), nobody in the team. And the way they play, it is in the interest of the team. You cannot have the kind of consistency across all the formats if you have rifts or divisions. I have been part of the dressing room, and none of that nonsense is there."

The West Indies vs. India series sponsored by MyTeam11 will commence from August 3. India will play 3 T20Is, 3ODIs and 2 Tests in West Indies.

Follow MyTeam11 for more updates and information about the latest sports news and predictions.