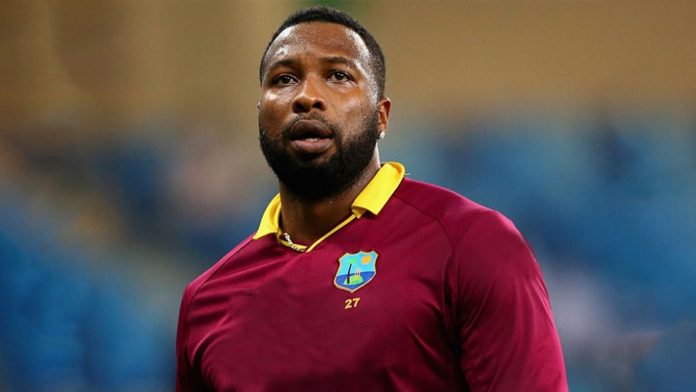 The West Indian all-rounder, Kieron Pollard was fined 20% of his match fee and received one demerit point for violating Level One of the ICC Code of Conduct in the second T20I encounter against India in Florida. Pollard was found guilty in relation to Article 2.4 of the ICC Code of Conduct for Players and Player Support Personnel, with regard to not following the umpire's instruction. The incident took place when the player called for a substitute to take the field despite the fact that the veteran cricketer was repeatedly instructed by the umpires that a request has to be made for the substitute, and he was also asked to wait for the next over to finish.

Pollard, however, didn't admit the offense. As a result, there was a formal hearing held by match referee Jeff Crowe. In the hearing, Pollard was found to have made the breach, and the subsequent penalties were laid out.

Meanwhile, after taking an unassailable lead in the three-match T20 series, the men-in-blue are all set to play a final encounter at Providence Stadium in Guyana. The Indian team has been clinical in the series thus far and will be wanting some more of the same. West Indies, on the other hand, suffered two horrific defeats and looked slumped and shattered from a distance.

The major overhaul begins with the batting. They struggled to 95/9 and managed 98 in the second match before rain halted the game. The top order has been woeful, with Evin Lewis falling for 0 in both games. The batting has been backed up only by Kieron Pollard and Nicholas Pooran. With no support from the batsmen, the bowlers have struggled. In the second game, the likes of Sheldon Cottrell, Oshane Thomas, and Keemo Paul were good in patches but they have lacked consistent penetration.

On the other hand, India also has had its fair share of problems. The bowling has been their major strength while the batting has issues. Rishabh Pant has failed in the first two games, and a lot of questions have been asked about whether he can take the burden of being the first-choice keeper in all three formats. KL Rahul, who did not play the first two games, could play on Tuesday. Washington Sundar and Krunal Pandya have chipped in at vital times while Navdeep Saini has been impressive, along with Bhuvneshwar Kumar and Khaleel Ahmed.