West Indies vs India: I am not concerned about my hundred, says Ajinkya Rahane 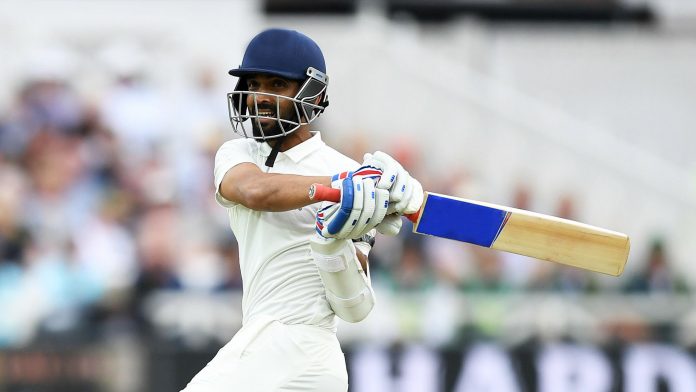 India’s Test vice-captain, Ajinkya Rahane came to West Indies carrying luggage, kitbag, and some worries. Being the second-most-important team member of the team after skipper Virat Kohli, Rahane was still not sure about his position in the team. However, on the first day of the Test, Virat Kohli showed his faith in Rahane ahead of in-form Rohit Sharma and he delivered a memorable knock.

He smashed 81 off 163 deliveries, laced with 10 boundaries which eventually helped India to go past 200 runs on the opening day of the Test match.

Speaking of his innings, the Indian vice-captain said, "At the start of our innings, the wicket was tricky. It was a bit sticky (spongy bounce) and there was sideways movement. Throughout the day, they bowled pretty well. What was important was to have a partnership going and still be positive in our intent. The partnership with Rahul was crucial at that situation. We were not thinking too far ahead. The motive was to play one ball at a time and take it on from there.

"Roach bowled pretty well. In international cricket, you have got to respect your opponents. The (first) spell that Kemar Roach and Jason Holder bowled, we had to respect that and still be positive. I thought that communication was really good between me and Rahul and we backed each other well."

"Vihari is a guy who has got lots of runs in Ranji Trophy and first-class cricket, and he knows how to bat in these situations," Rahane said of Vihari, with whom he added 82 runs for the fifth wicket. "So all these guys, who play a lot of India A games know how to bat in these conditions in five-day games. So I thought Vihari's approach was pretty good, not only here but even in Australia."

As his own innings progressed, Rahane picked up some pace. The ground was a bit damp and the ball moved along slowly but Rahane did manage to hit 10 boundaries through the course of his innings. Over the last couple of years, he may have endured some trouble in form but has continued to remain one of the best bets in challenging conditions abroad. On Thursday, it was no different. However, 19 short of a century, he became Gabriel's second victim of the day.

"As long as I am at the crease, I am thinking about my team, I am not a selfish guy," he said. "So yes, I am not too concerned about the hundred as I thought 81 on that wicket was really crucial as we are now in a decent position. As long as I am contributing to my team, (that) is what matters. Yes, I was thinking about my hundred but the situation we were in – 25 for 3 – was tricky. As I have said, I just thought if I could contribute for my team. I am not too concerned about my hundred as that will come automatically.

"It (the knock) was important as we were playing a Test match after a long time, nearly seven months (vs Australia in January) and I wanted to hang in there, play as many balls possible and take my team to a good position."

"When you play in England with Dukes ball, you have got play close to your body. I was batting at No. 3 as well so luckily I got to play the new ball there. Those two months, I really used my time well but it's too early to say that county stint helped me. But it's good that I went there and had some batting practice.

"In England, everyone knows that it's all about the conditions. When its cloudy, you got to respect the conditions and when its sunny, you know that its good for batting. I had some good knocks, so yes, it was a pretty good stint for me."