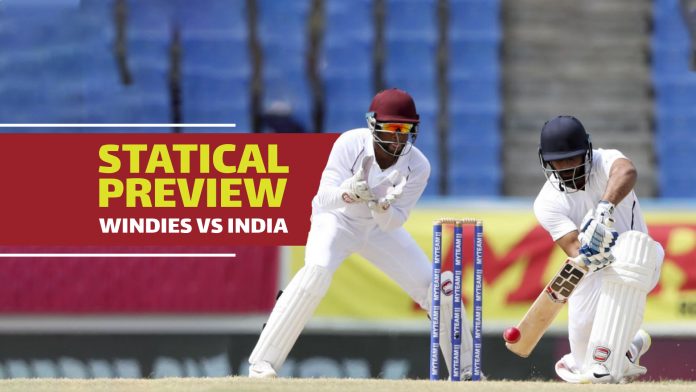 Ajinkya Rahane’s ton coupled with a sensational spell of 5/7 from Jasprit Bumrah led India to upstage West Indies in the first Test in Antigua. The focus of MyTeam11 India tour of West Indies shifts to second Test which will eventually sum the series between two nations too. West Indies will be hoping for a turnaround as they haven’t been able to express themselves against dominant India in the series thus far.

With this, MyTeam11 brings to you some important statistics going into the final encounter of the series:

7 – India won each of their previous seven Test series against the Windies. Last time India lost a Test series to Windies was in 2002 which was hosted by the West Indies.

22 – Windies have not defeated India even once in their last 22 Test matches. India won 13 of their previous 22 Tests against the West Indies team while another nine ended in a draw. Windies’ last Test win against India came during the 2002 home Test series.

27 – If Virat Kohli captains India to a 2-0 series win, he will be the most successful Test captain for India with 28 victories. Kohli, thus, will go past MS Dhoni’s 27 Test wins and will also find a place in the top seven successful skippers in Test history.

45.73 – Virat Kohli has a Test batting average of 45.73 against the Windies; the lowest for him against any opponent. Kohli amassed 746 runs from 13 Tests against the Caribbean team with two hundreds and three fifties.

60 – Ravichandran Ashwin has claimed 60 wickets against the Windies in only 11 Test matches. He averages 21.85 against them in this format and has claimed four 5-fers. Ashwin stood as the player of the series in two out of four series he played against the West Indians. He will be eager to get some game time in the final Test before team head back home.

Ashwin amassed 552 runs at an average of 50.18 against the Windies in 12 innings. He scored all his four centuries in Test cricket against the team from the Caribbean.

95 – Jason Holder is five wickets away from completing 100 Test wickets. He has picked up 95 wickets in 38 matches with help of five five-fers. Holder will become the 4th Windies player with 1500+ runs and 100+ wickets in Test cricket when he picks seven more wickets.

194 – Ravindra Jadeja has bagged 194 wickets thus far in his 42-match Test career. If Jadeja picks up six wickets in the last Test, he will become the 2nd fastest Indian and the fastest left-arm bowler in Test history to complete 200 wickets.