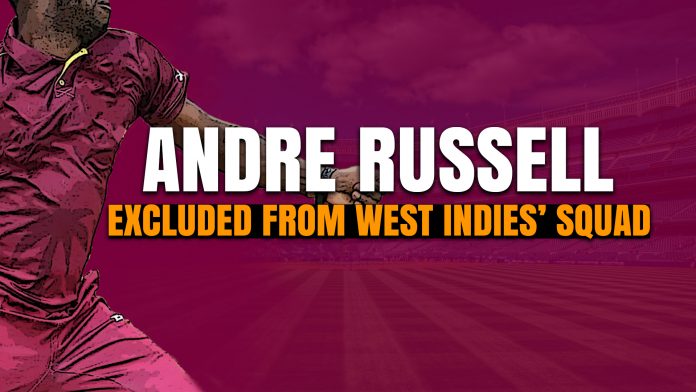 The West Indies has announced their ODIs and T20 squads for the upcoming series against India. The reigning ICC World T20 Champions will start the tour of the three-match T20 series with an opening match in Hyderabad on Dec 6. The second match is scheduled on Dec 8 in Thiruvananthapuram, which will be followed by the third match in Mumbai on Dec 11.

The selectors have announced the Windies squad and all-rounder Andre Russell has been excluded from the team. Opening batsman Chris Gayle had earlier unveiled that Russell is taking a break from cricket and this is the reason behind his exclusion from the squad. Dwayne Bravo is also not part of the T20I squad. Since Fabien Allen has recovered from his knee injury, he has found a place for himself in the T20I squad.

In an official statement, West Indies coach Phil Simmons mentioned, “We have three matches in each format, so we wanted to give each squad a chance to compete against India.”

He added, “No disrespect to Afghanistan, but facing India will be a more difficult series, especially in the ODI. Our players really the hang of thing with the 3-0 series win and I believe we will move from strength to strength.”

Simmons also threw light on Men’s T20 World Cup that is to be conducted next year. He said that a lot of preparation is being done for the next World Cup in Australia (2020), and the one after that in India (2021). The selectors have given a significant opportunity to the players in this series, while there are players outside who may be coming in later on as well.