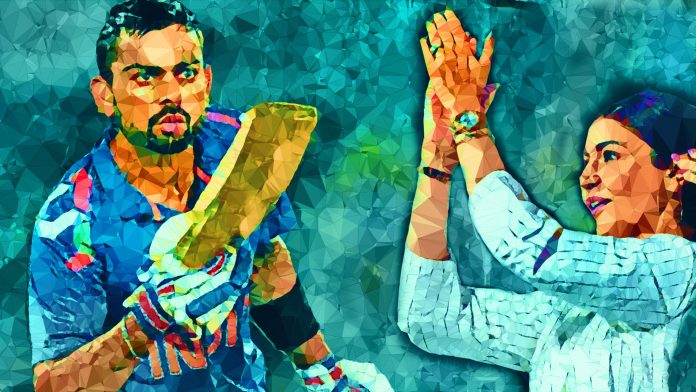 We all are aware of the fact how fond Virat is of Anushka. The love between the two is no secret as both the player and the actress never shied away from both media and fans, promoting the concept of PDA. Well, in this cute love story of the duo, BCCI’s no WAG rule turned out to be a villain.

The team India captain Virat Kohli unable to bear the distance between him and his wife during overseas tours of the team requested BCCI to change their no WAGs rule and let the wives, girlfriends of the players accompany them. In a turn of events, BCCI accepted Kohli’s plea and announced that the wives & girlfriends of Indian cricketers, coaches & other support staff of the team can accompany them for the entire overseas tour but the initial 10 days.

As per the present view of the Committee of Administrators (CoA), wives & girlfriends accompanying their partners for overseas tours can act as a mode of encouraging the players, positively influencing their performance amid the tour.

Prior to India, the Australian cricket board, Cricket Australia (CA) in the year 2015 had allowed the wives & girlfriends of the team members to accompany them for overseas tours. This was held despite the then prevailing criticism regarding the presence of WAGs quoting it to be the reason for a bad performance of the team at Ashes.

According to the viewpoint of CoA, the cricketers spend a long period overseas for various cricket series and having their better-halves by their side can massively help the players relax & perform better in the game.

Let’s see what will be the outcome of this decision of CoA. Will this decision turn out to be a positive approach to influence the performance of Indian players? Well, this question can only be answered with time, till then keep watching this space for more cricket feeds.