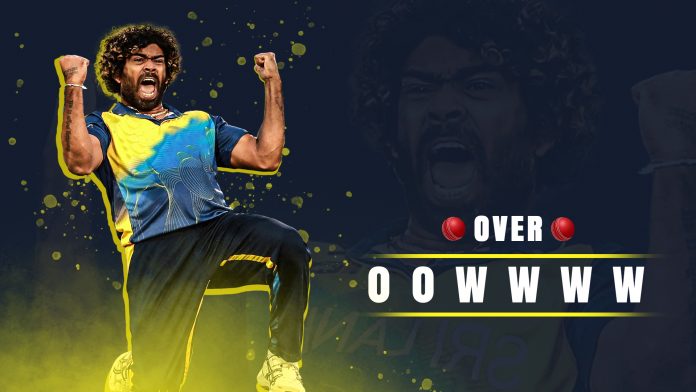 0.0.W.W.W.W – Yes, you read that absolutely right. The 36-year-old, Lasith Malinga, who was asked to be on the sidelines an year ago has once again proved that age is just a number. Adjectives will fell short to define the class of this gentleman as many would still term Friday's performance against New Zealand as unreal.

Here’s how the action unfolded in the eventful 3rd over of New Zealand innings:

2.3: Lasith Malinga to Colin Munro – Castles Munro with a beauty. 100th T20I wicket for him. You can’t keep Malinga out of the match for a long time. Goes to his main weapon as he bowls this quick yorker. Munro looks to flick and misses. The ball sneaks through the bat to hit the leg pole. Munro couldn’t have done much to that one as it swung late. Can he continue doing the magic and help them defend this total?

2.4: Lasith Malinga to Hamish Rutherford – Two in two for Malinga. A duck for Rutherford on return. On the pads this time on a fullish length. The new batter, Rutherford goes for a flick but he is very late on the stroke. The ball swings in and goes to hit the pads hard as the Lankans make a loud appeal. The umpire does not agree but Malinga wants the third umpire to have a look at it. The Ultra Edge shows no bat. The Hawk Eye rolls in and it shows that it was hitting the leg stump. The umpire will have to change his decision here and a great review from the Lankan skipper.

2.5: Lasith Malinga to Colin de Grandhomme – Malinga, you champion. Hat-trick number two for him in T20I. He is on fire. And the Kiwis can do nothing about him. What a ripper from Malinga again. Another inswinging yorker. De Grandhomme is late to bring his down again. The ball goes onto disturb the timbers once again. They are checking for the front foot no ball and it is a very close call. However, the third umpire deems it in the favor of the bowler this time as Malinga breathes a sigh of a relief. What a legend!

2.6: Lasith Malinga to Ross Taylor – Four in four for him! This man is just out of the world. He is making a mockery of this Kiwi batting line-up. Ross Taylor is out of here now. This time a full ball to the new man. It lands and just shapes a hint away from the push of Taylor. He can’t get bat on the ball and his hit on the pads. Malinga appeals along with the crowd. The umpire agrees. Malinga roars. The crowd roars. What a magician with the ball in hand. New Zealand are already on the mat inside three overs.

Tim Seifert, Hamish Rutherford, Colin de Grandhomme, and Ross Taylor – two of four batsmen who were a pivotal part of World Cup were sent back for a golden duck. Suddenly, the silent Sri Lankan crowd as on it's feet again – roaring as loud as possible. The ballistic atmosphere at Pallekele International Cricket Stadium could be heard in Colombo, too. Malinga was young again, Malinga was at his best once again.