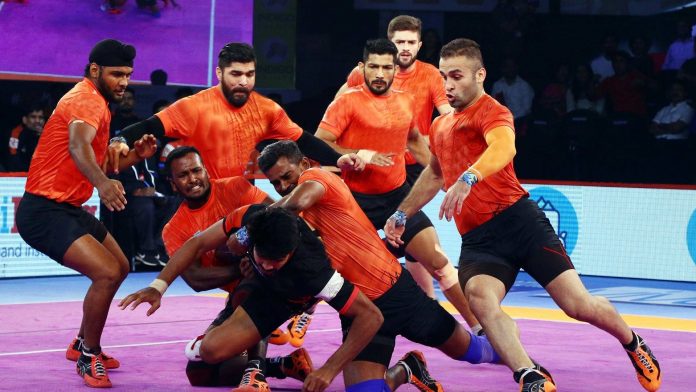 U Mumba is the most competitive team of the league that has exhibited excellent performance constantly. In the inaugural season, they had showcased their dominance in the entire competition but lost to Jaipur Pink Panthers in the finals. Thus, becoming the runner-up of the season.

In 2015, Mumbai based franchise, U Mumba, defeated Bengaluru Bulls in the finals and was crowned as the champion in that season.  Later next season in 2016, they achieved the tag of the best team in PKL history after making their third successive PKL final. Despite making a good comeback in the second half of the final, they were defeated by Patna Pirates by a close margin.

For 2016 season, U Mumba lost its key players, who were a part of the squad that reached the finals before this season. As a result, the team struggled and completely lost the momentum in the following season (June 2016) and failed to make it to the playoffs.

In the previous season, although U Mumba successfully qualified for the playoffs, the team didn’t manage to continue their winning momentum as UP Yoddha knocked them out in the eliminator of the season. Thus, ending their dream to emerge as champions for the second time.

For this season, the team management released Siddharth Desai, who showcased brilliant performance in the last season. However, Fazel Atrachali, Rajaguru Subramanian, Surinder Singh, and Arjun Deshwal were retained by the team for this year.

Here’s complete U Mumba’s squad for the upcoming season.