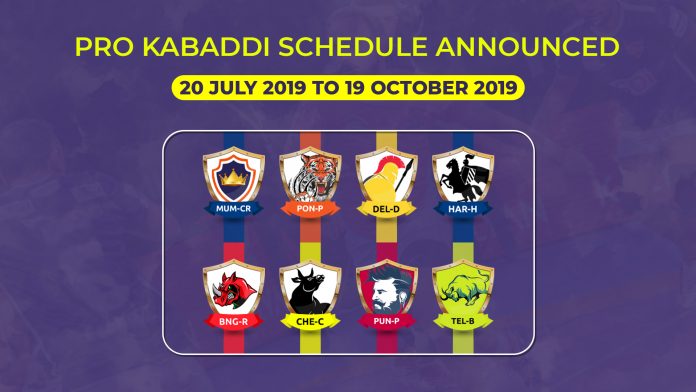 Double round robin format will be there this season, i.e., each team will play other teams twice. At the end of the league stage, the top six teams in the points table will qualify for playoffs.

Each team will have a home leg, where they will play four matches on Saturdays, Sundays, Wednesdays, and Friday with Tuesdays serving as a rest day of the league stage.

The Playoffs format has also been changed this season. Teams that will finish at the top two spots at the end of the league stage will directly qualify to the semi-finals. However, the other four teams that make it to the playoffs will play Eliminator 1, and Eliminator 2 and the winners of the both the Eliminators will be named the other two semi-finalist

Hyderabad will be the host for the opening leg of this season. After this, the action will move to Mumbai. This season the fans will also see the Kabaddi action in Jaipur and Bengaluru after a two-year. The final leg of the season will take place in Greater Noida.

Here’s full Schedule of this season