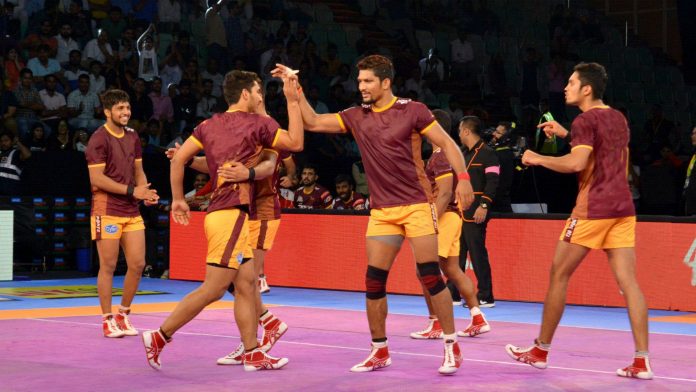 Greater Noida based franchise, UP Yoddha, was among the four teams that made debut in the fifth season of Kabaddi league. In their debut season, the team managed to qualify for the playoffs but lost to Puneri Paltan in the Eliminator.

In season 6, the team played well in bits and pieces. UP Yoddha didn’t get a good start in the league but in the latter half, after beating good teams like Dabang Delhi, U Mumba to make their way to the qualifiers.

For this year, UP Yoddha will be eyeing to make a strong impression from its first match. The biggest advantage they have is the addition of Monu Goyat as their lead raider in place of Prashant. Along with him, the presence of Srikant Jadhav and Rishank Devadiga can prove to be the best raiding trio in the league. While Akram Shaikh and Gurdeep will play a pivotal role in the squad as all-rounders, Narender will be a permanent right cover defender for the team.

UP Yoddha is a side that has potential, will be up there with the best in the competition, and they will be hoping from their key players to live up to expectations and give themselves a chance to emerge victorious. Other than this, the main focus of the team management will be ensuring that no injuries come across the squad for the entire season.

Follow MyTeam11 for more information and the latest sports stuff.