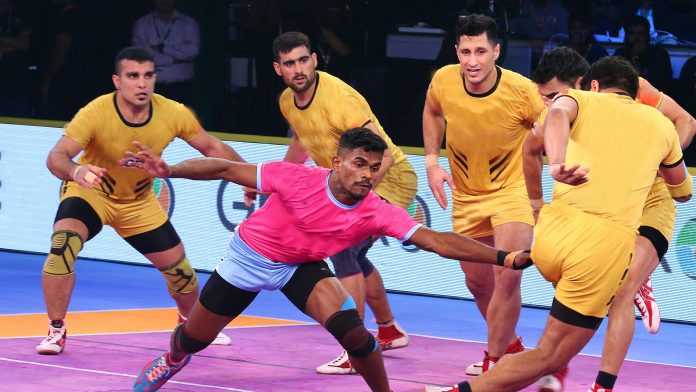 In the previous seasons despite having some star players in the squad, Telugu Titans is yet to taste glory and lift the prestigious trophy. Blessed with one of the strongest raiding department, Hyderabad based kabaddi franchise, Telugu titans will be expecting special performances from the players to become champions.

This season will be led by the experienced defender, Vishal Bhardwaj. Siddharth Desai, Rakesh Gowda and Mula Siva Ganesh Reddy are the new players that are included in the squad. For raiding Amit Kumar will be joining Telugu Titans along with Siddarth Sirish Desai, who broke records this time as he had the highest bid this auction.

For defending Aakash Dattu, Akash Choudhary, Manish are few of the fresh talent in the team that will be joining Telugu Titans in the upcoming league. Apart from this, the kabaddi giant, Abozar Mohajermighani, the Iranian defender will continue playing for the Titans this league.

July 20: Telugu Titans vs. U Mumba

August 2: Telugu Titans vs. UP Yoddha

September 13: Telugu Titans vs. U Mumba