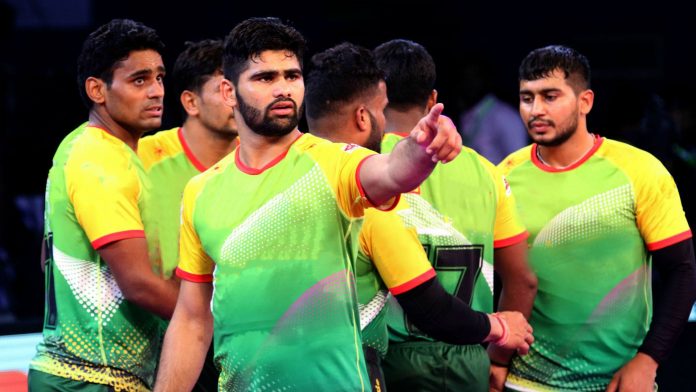 Undoubtedly, Patna Pirates is one of the most successful sides in the history of Pro Kabaddi. Till now, they have lifted the trophy thrice. In the 2014 and 2015 season, their journey ended in the semi-finals, but the team didn’t buckle down and lifted their first title in 2016 by defeating then defending champions U Mumba. In the same year, Patna Pirates became the first team in the league’s history to successfully defend their title after defeating Jaipur Pink Panthers in the finals.

Later in the 2017 season, the Pirates defeated Gujarat Fortune giants to lift the title for the third time in a row. However, the team didn’t perform well in the last season and crashed out in the group stage of the competition and failed to qualify for Playoffs for the first time. Apart from this, Patna Pirates is the first team of the tournament to play 100 matches.

Ahead of the upcoming season, the team management has retained Pardeep Narwal, Jawahar Dagar and Vikas Jaglan. Like previous years, this time also Pardeep Narwal will have a significant responsibility on his shoulders as he has emerged out to be the best raider of the team. His Korean partner, Jang Kun Lee, is also an essential player in the raiding department of the team as he is known for his ability to get bonus points.

Irani raider, Mohammad Maghsoudlou will be making his debut in Pro Kabaddi this year. Although, this will be his first appearance in Pro Kabaddi league, but he has represented his national team Iran in various kabaddi tournaments.

Now, let’s have a look at the full squad of Patna Pirates for this season