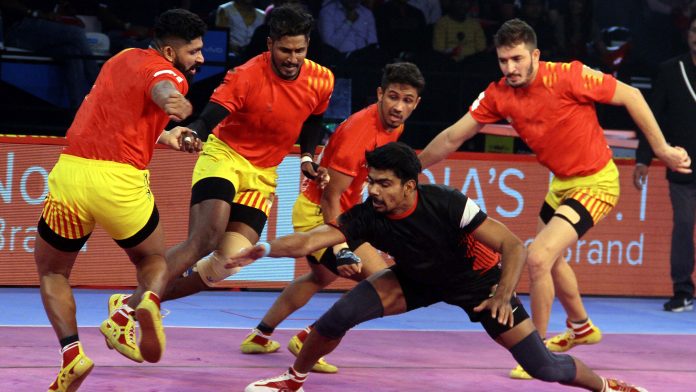 Gujarat Fortune Giants were the runners up of kabaddi season 5 and season 6. They will kick-start their 2019 campaign against last year champion, Bengaluru Bulls at Hyderabad on 21st July 2019. Gujarat Fortune Giants will play their first two games at Hyderabad and then will travel to Mumbai to play their next two games against Dabang Delhi and U Mumba on 1st and 2nd August.

With every team scheduled to play against each other twice this season, there is no doubt that the best four teams will make their way to the play off’s and Gujarat Fortune Giants will be hoping to grab the trophy on 19th of October, something which they failed in 5th and 6th season. For this year, several changes have been made in Gujarat Fortune grant team.

Like the previous season, Sunil Kumar will be leading the team in this season also.

Below is the complete squad of Gujarat Fortune grants along with their role in the team: