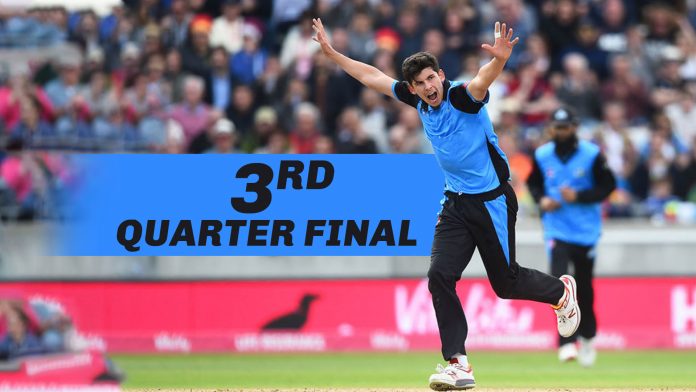 With only three games left before the current season of the Vitality T20 Blast wraps up, the third-quarter final of the series will see Sussex and Worcestershire on the field. The game will be played at the County Ground in Hove, beginning at 11:30 P.M. IST.

The upcoming game looks like a recreation of the 2018 T20 Blast finale, where Sussex and Worcestershire met each other to get their hands laid on the trophy. However, this time, Sussex looks the stronger one with 19 points from their set of games. Meanwhile, Worcestershire could manage to get just 15 runs from their set of 14 games. The encounter will be packed with action, where the defending champions, Worcestershire will try dominating the game & Sussex’s top order will look to leave a mark with their destroying performance.

The game is scheduled to be held at County Ground in Hove where the pitch is known for high scoring matches alongside providing aid to the spinners. With a trend of recording scores of 160+ in the matches, the team winning the toss will opt to field first.

The weather records highlight a cloud covering of 92% from the beginning of the game. Thus, a full-fledged match, without any delays, can be expected. The temperature for the day will be around 14-16 degrees Celsius.