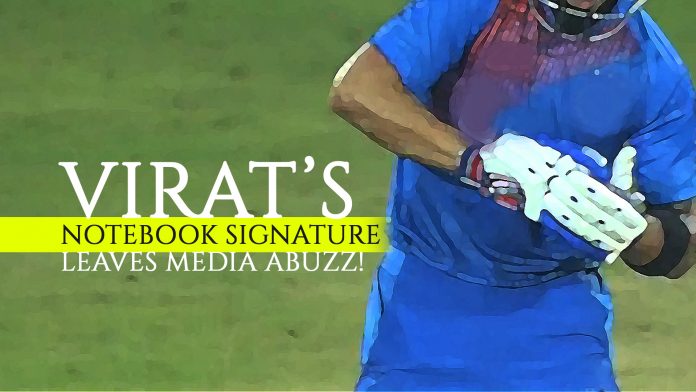 The first T20 match between India and West Indies in Hyderabad marked history when the Indian skipper Virat Kohli smashed his T20I career-best knock of 94 at a strike rate of 188. India won the toss and chose to field bundling out West Indies on a total of 207. In a mammoth chase, team India had a slow start as Rohit Sharma walked off the pitch scoring just eight runs. Virat had a lot to do when he came to bat, and the whole nation was expecting the best out of the Indian skipper. With a shaky start, the Indian Captain improvised the way he was playing and led an innings towards the victory of the Indian team.

"To young batsmen watching, don't follow the first half of my innings. I was batting poorly at that time. I didn't want to put KL under pressure but I couldn't get going. Luckily got that one over from Holder, and then I began to analyze why I'm going wrong. Realized I'm not a slogger but a timer instead, and then changed my playing style," Kohli said in a conference post the match.

The team managed to overhaul the Windies through the partnership of Virat and KL Rahul of 100 runs. The audience enjoyed not only the fours and the sixes, but they also applauded Virat’s notebook signature move. Cricket is all about passion and fun. Virat Kohli used his beat as a notebook to “tick” Kesrick’s name off, after hitting a six in that over.

"Williams had given me the notebook when he dismissed me in Jamaica, so I remembered it from there. We gave each other a high-five later. Play hard but respect the opponent." said Kohli after the match.

The Indian Captain is known for his aggressive moves and imitations during the matches; that is what makes him play the way he plays. Regardless, he plays with enthusiasm and keeps the sportsmanship spirit upright, without disrespecting any player out of the ground.