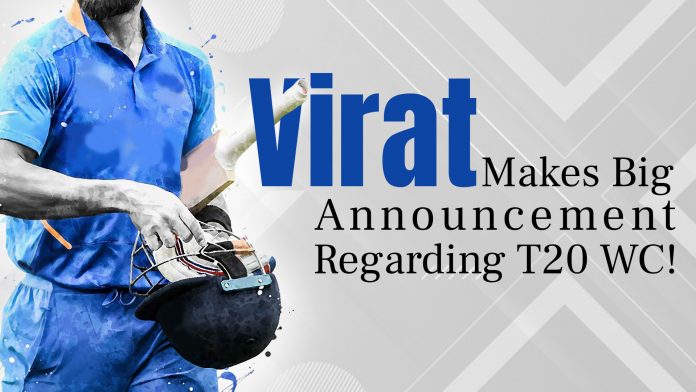 The upcoming T20 World Cup in Australia is already in the air, making some noise. The Indian skipper, Virat Kohli,  announced that there is only one pace bowling attack spot left in the team. For the other spots, most probably, Bhuvneshwar Kumar, Jasprit Bhumra and Mohammad Shami, will make the cut. “The fight obviously is for one spot and I think more or less three guys have made a place for themselves," Virat said in a conference in Hyderabad.

The Indian Cricket team has one of the best bowling attacks and supposedly going to perform well in the next T20 WC. Shami has recovered from a knee injury and has been performing well in his previous matches and is consistent in his line and length. He played his last T20 against West Indies in 2017 and will once again be facing the same opponents for a greater good.

“Shami is coming back and he is bowling really well. If he gets into a rhythm and specifically works on what’s required in T20 cricket then he will be very, very useful in places like Australia, especially with his ability to pick wickets with the new ball. He has enough pace to execute yorkers,” briefed Kohli to the media.

The Indian team had performed really well in the home series against Bangladesh. Some young players had showcased their talents in the series. Deepak Chahar, a medium-paced bowler, is among ones who have a chance to enter the Indian squad for the T20 WC.

Virat too, has been confident about the fast bowlers of his team. “It’s not that big an issue for us. I think Bhuvi [Bhuvneshwar Kumar] and [Jasprit] Bumrah are experienced bowlers. They have been very consistent in T20 cricket. Deepak [Chahar] has come in and has bowled really well." Kohli told the reporters. You will be surprised to know that Deepak Chahar is the only Indian male cricketer to take a hat trick in the T20 international.

The selections committee has been working since 2016 to prepare the best possible team for the T20 World Cup 2020. MSK Prasad heads the five-bench committee, and he always focuses on the pace bowlers who could give better results to the team as well as the nation. He works on a triangular theory which explains that the coordination between the senior teams and the India A team with the committee will improve India’s fast bowling reserves.